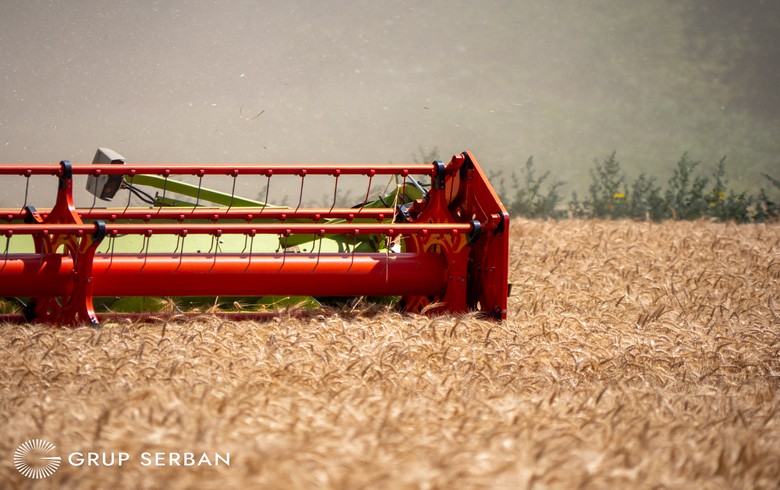 During January-June, Grup Serban's revenues rose by an annual 71% to of 275.2 million lei, it said in a press release.

"Within the vegetal activity, in the first six months of the year, we operated a total area of 11,157 hectares and traded a volume of 87,719 tons of cereals and oilseeds, effectively using the 162,402 tons of storage capacity. Regarding bakery products, the volumes achieved exceeded 2,300 tons, while poultry production exceeded 4,000 tons," said Grup Serban's Chairman of the Board of Directors, Nicolae Serban.

Founded in 1994, Grup Serban Holding is active in agriculture, cereals trading, oil plants and vegetables, poultry farming, bakery, catering, as well as distribution and transport. At the end of 2021, the group raised 12.7 million lei in a private placement of its shares.

Grup Serban's shares traded 0.78% higher at 1.945 lei per share by 1134 CET on Wednesday, on the on the AeRO market of the Bucharest Stock Exchange.