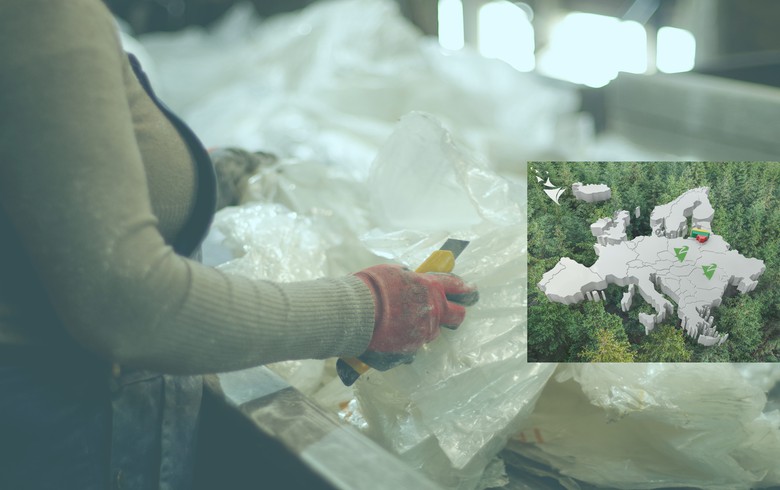 The acquisition marks GreenGroup’s entry into the polyolefin recycling market and creates the platform for further expansion in this sector across the CEE region, Abris Capital Partners, majority owner of the Romanian integrated recycling group since 2016, said in a press release.

"With this investment, we are positioning the Group as the first line of defense for limiting the environmental impact of single-use plastics – a group fitting both PET and polyolefins. Our objective is to scale this model in the region and other countries as well," GreenGroup board chairman Constantin Dimov said.

UAB Ecso was established in 2009 and has an annual capacity to process 20,000 tonnes of film waste per year from household and industrial post-consumption.

“By integrating UAB Ecso within GreenGroup’s ecosystem, we are certain to accelerate the circular economy of plastics, playing an important role in reducing pollution and in recovering a valuable resource for the economy,” UAB Esco founder Vladas Venskutonis said.

UAB Ecso is GreenGroup’s second add-on in recent weeks, following the acquisition of SIGAD, a Romanian developer of environmental reporting software, in July.

Over the next few years, GreenGroup plans to invest between 150 million euro and 200 million euro to further consolidate its position as the largest integrated recycling group in CEE through capex investments and bolt-on acquisitions.

“This latest acquisition consolidates GreenGroup’s recycling activities over the past 20 years and is a decisive step in the Group’s strategy to become a key player in polyolefins recycling in the region. Furthermore, it is a strategic investment that reinforces the Group’s commitment to sustainability and to tackling the most pressing environmental issues, such as plastic pollution and reducing carbon footprints,” Abris Romania partner and head Adrian Stanculescu said.

In April, GreenGroup announced it has raised 127 million euro to finance its growth plans and support the surging demand for recycling and sustainable products in the region.