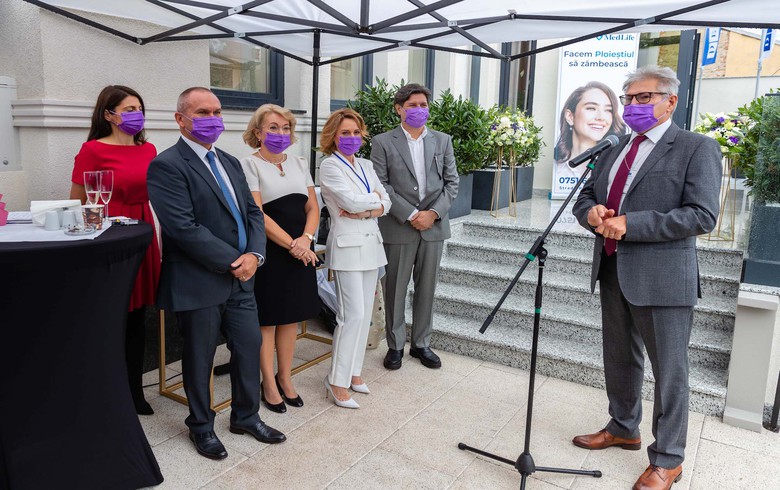 The 455 sq m dental clinic has 10 treatment units for adults and children, Dent Estet said in a press release.

"New challenges and opportunities await us in 2021. We have a continuous interest in opening clinics and we want to remain a pole of attraction for new acquisitions, but our primary focus remains on people. The team of doctors is Dent Estet's most valuable investment," Dent Estet CEO and founder Oana Taban said.

The new opening takes the total number of Dent Estet clinics to 12 located in Bucharest, Timisoara, Sibiu, Brasov and Ploiesti.

Earlier this month, the company announced it posted a 60% annual increase in turnover during the first half of 2021 to 46 million lei ($10.9 million/ 9.3 million euro).

In June, the company announced it has become the sole shareholder of Timisoara Clinic (TM Clinic) and plans to open two new clinics in the second half of the year. In December 2020, Dent Estet acquired a 60% stake in Brasov-based peer KronDent.

Medlife first entered the shareholding structure of Dent Estet in 2016.

MedLife's shares traded flat at 18.6 lei on the Bucharest Stock Exchange as at 1615 CET on Tuesday.