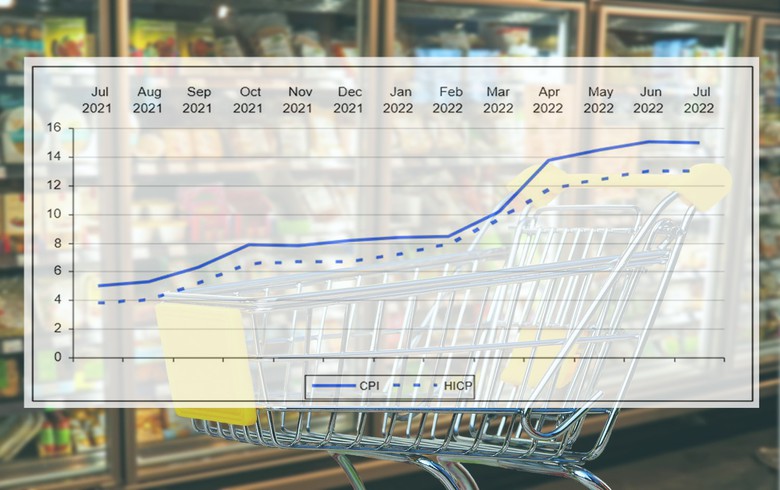 The average consumer price inflation over the last 12 months was 10.1%, compared to the previous 12 months.

On August 9, Romania's central bank BNR increased its inflation forecast for 2022 to 13.9% from 12.5% predicted in May, way above the upper end of its target band of 1.5-3.5%, due to supply side constraints amplified by the war in Ukraine.

On August 5, the BNR said it decided to increase its monetary policy rate to 5.50% from 4.75%, aiming to anchor inflation expectations over the medium term, as well as to foster saving through higher bank rates.