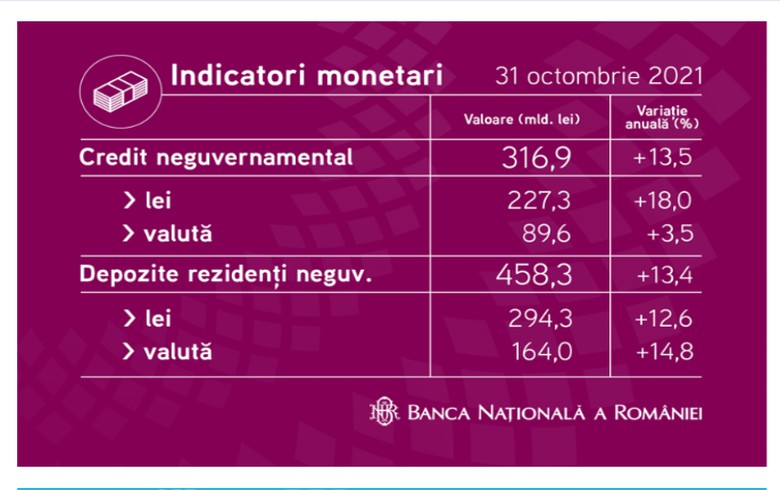 Private lending in lei increased by 18% on the year to 227 billion lei in October, after growing by 18.4% in September, BNR said in a statement on Wednesday.

Private lending in foreign currency rose 3.5% on the year to 89.6 billion lei in October, compared to a 2.3% rise in September.