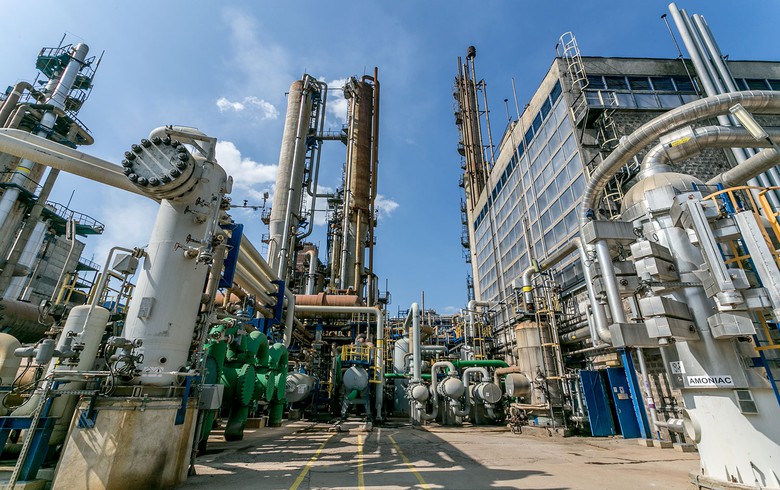 BUCHAREST (Romania), September 15 (SeeNews) - Romanian fertiliser producer Azomures said on Thursday that it is delegating to other companies or sending into technical unemployment over 200 employees, after halting production of ammonia in June due to the high price of natural gas, which is the company's main raw material.

Only essential staff are retained for night and weekend shifts, which will slash the income of a significant number of employees, Azomures said in a press release.

From an operating point of view, the facilities are ready to be restarted at 50% capacity at any time, when the economic realities allow, Azomures added.

The companies that provide various maintenance services on the Azomures platform have been notified that their activity will be reduced by at least 30% in the coming months.

"It's been a year since we drew attention to the problems that can arise in the industrial area, with the increase in energy prices. Energy prices have been high since fall 2021, significant spike hikes have been realised after the Russian invasion, the energy market continues to be volatile after the closure of Nord Stream 1," Azomures general manager Harri Kiiski said.

"The population is supported by capping the price of gas and electricity, but what happens if people run out of jobs to pay the bills? This is where the greatest danger is, and unfortunately we are in a position to take new measures, some of which have an impact on our employees."

Azomures significantly curtailed production during 2022, as gas prices in Romania gas inflated their production costs to a degree that makes their output hard to sell, the company said. Currently close to 70% of European fertilizer production is shut down, it added.

The European Commission recently put fertilizer production on the list of key industries that should be kept operational. Thus, authorities in Romania will soon have at their disposal a new set of measures that can be applied to support the local industry, including that of fertilizers, Azomures said.

Azomures shut down production in mid-December due to the high energy prices and resumed it in April, then suspended it again in June.

Part of Swiss agribusiness group Ameropa since 2011, Azomures produces 1.6 million tonnes of fertilizers annually, and 75% of output is destined for local farms. Azomures' industrial platform spreads on an area of 100 hectares in the city of Targu Mures. The company employed 1,068 at the end of 2021, according to the latest data available on the finance ministry's website.