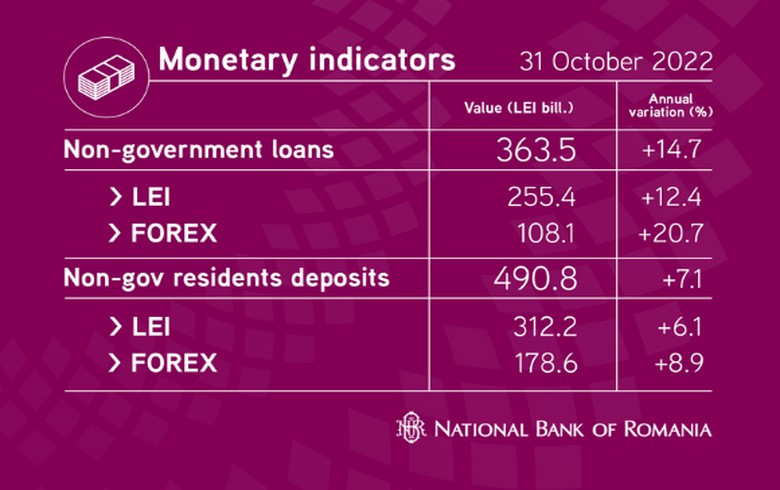 BUCHAREST (Romania), November 24 (SeeNews) - The deposits of the non-governmental sector in Romanian banks grew 7.1% on the year to 490.8 billion lei ($102.4 billion/100 billion euro) in October, compared to an annual increase of 8.7% in September, the central bank, BNR, said on Thursday.

Leu deposits increased 6.1% on the year, reaching 312.2 billion lei in October, compared to a 6.9% growth in the previous month, BNR said in a monthly monetary statistics report.

Foreign currency deposits increased 8.9% on the year to 178.6 billion lei in October, compared to the 11.9% growth in September.