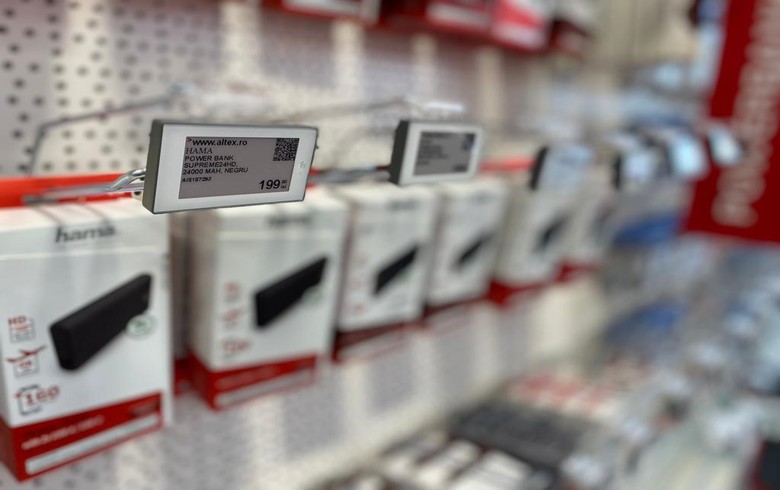 The whole process took two years to implement in all Altex and Media Galaxy stores in the country, the retailer said in a press release. As part of it promotional materials in all stores have been replaced with digital screens.

"Label modernisation helps us to update, in real time, prices and align promotional offers in physical stores with those in our online store. At the same time, thanks to the data management software, we eliminate potential human errors in price signaling and differences between the shelf price and the one upo checkout," Altex commercial director Edvin Abdulachim said. The new labels also eliminate paper consumption in stores, while LED technology used in digital displays reduces power consumption energy. These measures are part of Altex's strategy to become a green company.

In July, Altex Group announced it has established a tourism business unit together with local tour operator Karpaten Tourism.