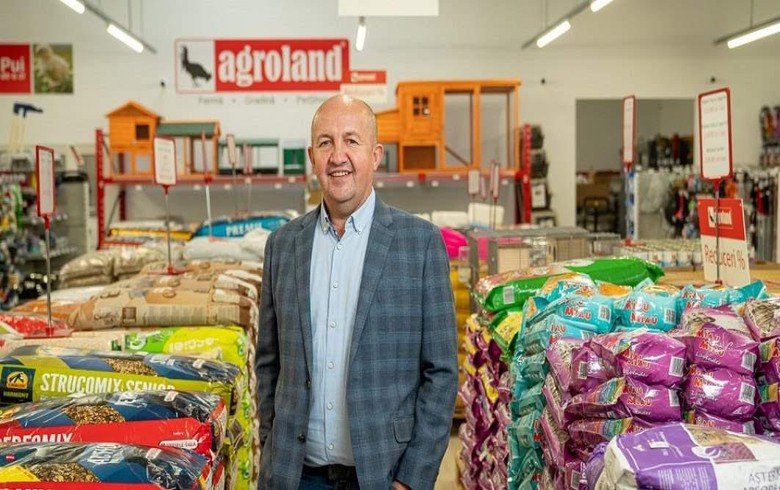 The new store covers an area of 630 sq m and includes a warehouse, Agroland said in a statement filed with the Bucharest Stock Exchange, BVB, on Thursday.

The company estimates a daily traffic of approximately 200-300 people for the new store and sales of over 5 million lei in 2023.

"Over the past year, we have managed to open 12 MEGA stores, and we expect to increase revenues in 2022 as they reach their maturity. At the same time, we do not want to stop the expansion process and remain focused on achieving our goal of opening ten new MEGA stores nationwide this year and doubling the revenue they generate compared to 2021," Agroland Business System founder and CEO Horia Cardos said.

The Timisoara location is the third MEGA store opened in 2022 by Agroland. For the opening of the other two stores, the company invested a total 1.2 million lei. The company expects each of these stores to generate 4 million lei in sales over 2023.

The farming products retailer had previously announced it was aiming to open a total of ten MEGA stores nationwide over 2022. This comes with the company’s 241 million lei turnover target, as well as its 20.7 million lei EBITDA (earnings before interest, taxes, depreciation, and amortisation) and 13 million lei net profit objectives.

The company is also considering to invest 17 million lei to develop all business lines.

As part of previous announcements, the retailer mentioned it expected its traditional stores to generate 60% of its turnover, while the MEGA chain of stores is expected to yield 40%.

Agroland also expects for its online sales to reach a 10 million lei milestone in 2022, a 65% increase over the previous year.

Founded in 2009, Agroland Business System is a Romanian entrepreneurial company, which operates a network of 250 stores, all focused on garden, farm, and pet products. The company also owns the Avicola Mihailesti egg farm.