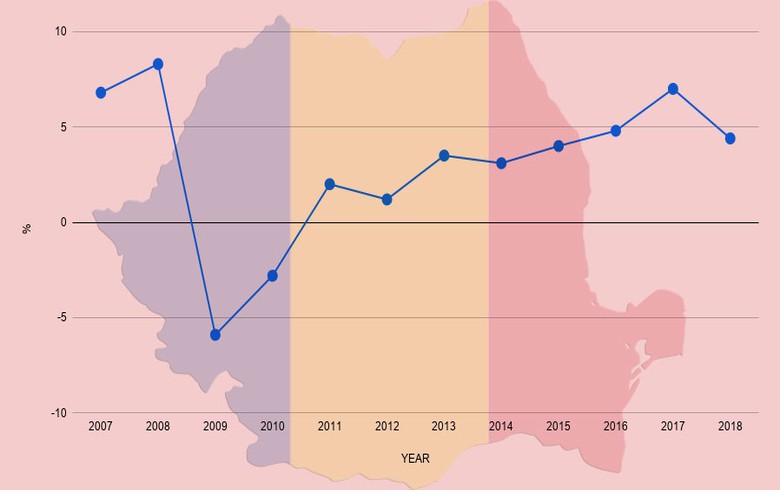 The budget bill is based on projections for economic growth of 4.1% and cash deficit equivalent to 3.59% of gross domestic product (GDP), above the EU’s 3% threshold.

An average exchange rate of 4.75 lei per euro and a net monthly average monthly salary of 3.324 lei is projected in the draft.

The budget projects cash deficit at 3.59% of GDP, while the deficit under the European System of Accounts (ESA) standards is forecast at 3.58% of GDP. The ministry aims to narrow the gap to 1.94% by 2023, in order to return to the deficit target of below 3% envisaged in the Maastricht Treaty, the buget draft reads.

According to the Maastricht Treaty signed in 1992, the ratio of the annual general government deficit relative to GDP at market prices must not exceed 3% at the end of the preceding fiscal year.

On December 23, Romania's government assumed responsibility before parliament for the 2020 budget bill in a move aimed at ensuring a fast-track approval of the bill.

The move was criticized by opposition Social Democrat Party (PSD), which will seek the opinion of the Constitutional Court on the matter.

According to PSD's chairman Marcel Ciolacu, PSD is considering to file a censure motion if other opposition parties join in.