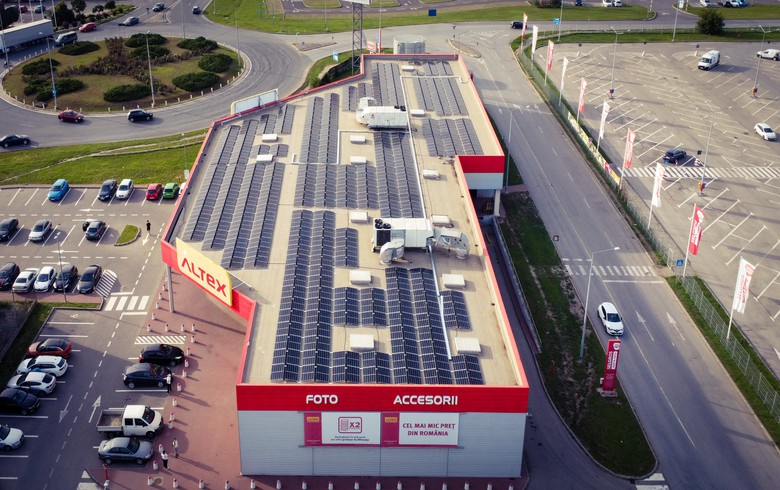 BUCHAREST (Romania), September 20 (SeeNews) - Romanian electronics company Altex said on Tuesday it has partnered with green energy solutions company Axionet for the installation of 600 photovoltaic panels atop its store in the western county of Timisoara.

Since 2021, Altex has operationalized more than 8,000 solar panels for its stores all across Romania in partnership with Axionet, the company said in a press release.

"We won't stop here and wish for every building in the Altex group to be green, as defined by the BREEAM international standard," Altex, commercial director said.

In May, Altex said it has invested over 2.3 million euro ($2.3 million) in renewable energy projects for its operations.

"Amid the evolution of prices for energy from classic sources and the geopolitical context in the region, we notice an increased interest from companies for the development of their own solutions for energy production," Axionet CEO and founder Gabriel Ionita said.

Established in 2000, Altex Group includes electronics retailers Altex Romania and Media Galaxy, which together employ over 4,000 in over 125 stores countrywide.

Axionet was founded in 2005 and is a regional operator in the M2M, IoT, EV charging and solar field.

Altex Romania SRL is among the biggest companies in SEE, for more reference take a look at Top 100 companies