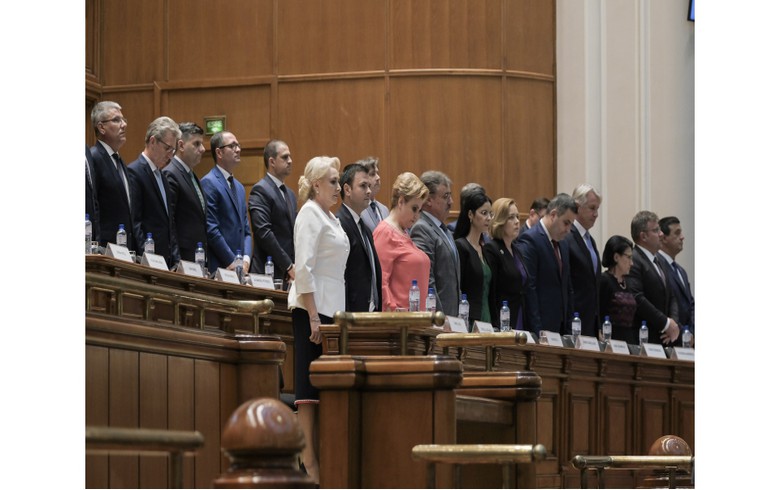 Of the 399 MPs present, 238 supported the no-confidence motion according to the official outcome of the vote communicated by Senate Permanent Office secretary Vela Ion Marcel.  The vote was aired live by Romanian broadcasters.

In order to pass, the motion needed to be backed by 233 MPs.

The censure motion was voted on by MPs from PNL, centre-right Union Save Romania (USR), Pro Romania, the party of former prime minister Victor Ponta, centre-right Popular Movement Party (PMP), Democratic Alliance of Hungarians in Romania (UDMR), by the former junior partner in the government coalition - Liberal-Democrat Alliance (ALDE), as well as by MPs representing national minorities and independent lawmakers.

Most lawmakers of the governing Social Democrat Party (PSD) did not vote.

Currently, PSD holds 206 of 465 seats in parliament. PNL has 94 MPs, USR holds 40, PMP has 12 MPs, UDMR holds 30 seats and Pro Romania has 39 seats. The remaining seats are taken by 17 MPs representing minorities, and by 27 independent MPs.

On August 26, the ruling coalition comprising PSD and ALDE collapsed as ALDE leader Calin Popescu-Tariceanu announced that his party is leaving it. Tariceanu said at the time that he and his party have been waiting for Dancila to come up with "an articulated plan for relaunching the government", but as she failed to do so, they decided to leave the alliance.