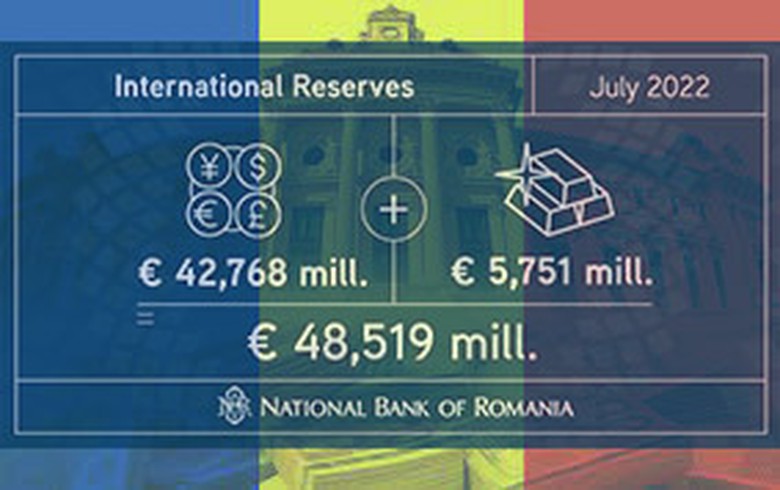 Foreign exchange inflows amounted to 3.315 billion euro representing changes in credit institutions’ foreign currency-denominated required reserves, inflows into the finance ministry's accounts and inflows into the European Commission (EC) accounts and other, the bank said in a monthly statement.

The gold reserves of the central bank remained unchanged at 103.6 tonnes. However, following the change in the international price of gold, its value amounted to 5.751 billion euro at the end of July.

The international reserves of Romania, including foreign currencies and gold, totalled 48.519 billion euro as of end-July, compared to 47.823 billion euro a month earlier.

During August, the payments due on the foreign currency-denominated public and publicly guaranteed debt will amount to approximately 172 million euro.