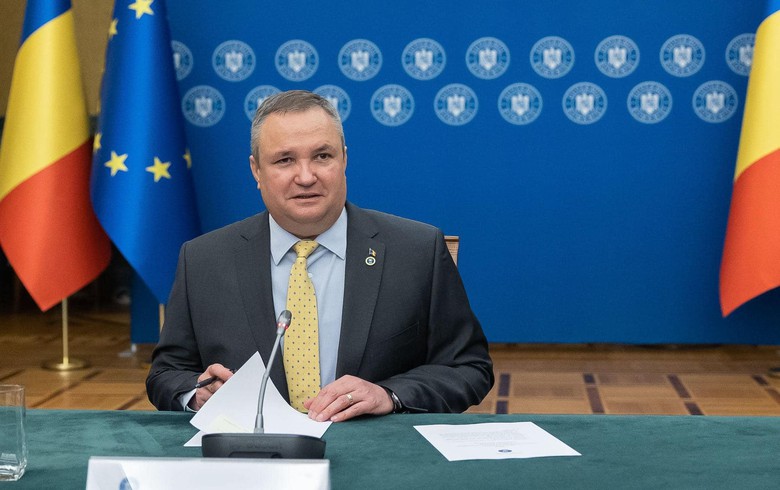 BUCHAREST (Romania), June 28 (SeeNews) - Romanian prime minister Nicolae Ciuca said that Romania will fill its natural gas reserves to 80% of its storage capacity by November 1 from 40% at present in compliance with recent EU regulation.

"You know very well that there is a decision at EU-level that each member state in the beginning of the winter should have 80% of its storage capacity filled up. At the moment, we are at a little over 40%, 41%," Ciuca said during a ceremony marking the beginning of Black Sea Oil & Gas (BSOG) natural gas production from the Midia Gas Development (MGD) Project in Romania.

"This is the minimum necessary to be able to get through the winter," Ciuca also said, adding that the country is in talks with Azerbaijan and the U.S. on the acquisition of natural gas and liquefied gas, respectively.

On Thursday, the European Parliament approved a plan to speed up the storage of natural gas in the EU countries before winter in order to protect households and businesses in the event that Russia decides to suspend supplies in retaliation for economic sanctions over the war in Ukraine. EU countries should strive to fill their deposits at 85% by November 1 and at 90% from 2023 onwards.

Romania needs to make progresses not only in the field of gas extraction, but also needs to improve and consolidate transport capacity and interconnection with other countries, Ciuca also said.

At the end of May, Romanian president Klaus Iohannis endorsed a new bill expected to speed up the development of major offshore oil and gas projects in the Black Sea.

In mid-June, Romania-based BSOG announced that production has started from the MGD Project and the first amounts of gas were delivered to the National Transmission System.

In May, local natural gas producer Romgaz signed the contract for the acquisition of Exxon Mobil's 50% stake in Neptun Deep for $1.06 billion (1 billion euro). The other half of the rights and obligations under the concession is held by Romanian oil and gas group OMV Petrom.