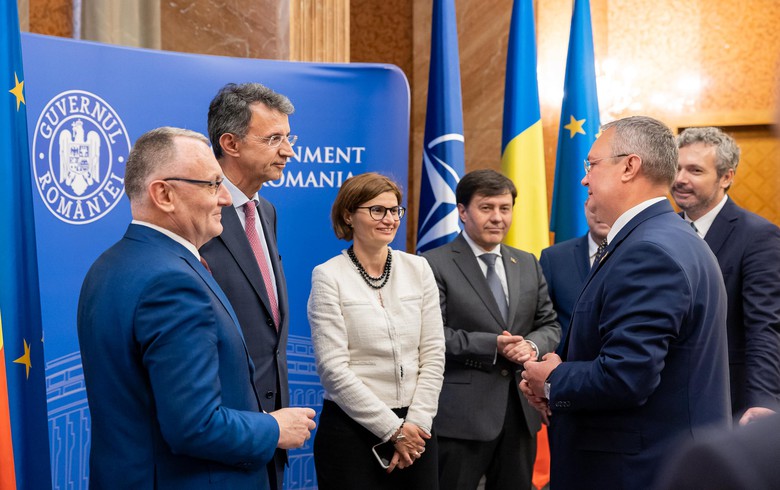 BUCHAREST (Romania), June 3 (SeeNews) - Romania aims to attract 2 billion euro ($2.14 billion) investment in the batteries sector in the next five years and is looking to have a trained workforce in order to facilitate this process, prime minister Nicolae Ciuca said.

"Our goal is to attract at least 2 billion euro in investment in the battery sector over the next five years [...] We want to prepare workforce in the battery sector in order to attract investment more easily," prime minister Ciuca said on Thursday, as quoted in a government press release, upon signing a memorandum of understanding (MoU) with climate and renewable energy technologies investor EIT InnoEnergy.

In order to overcome existing skills shortage in this area, the MoU outlines a commitment to create a new training and education network that will improve or retrain approximately 20,000 people in this area over the next four years.

"By 2025, battery-related projects will create between three and four million direct and indirect jobs, which means that around 800,000 workers in Europe will be trained and retrained with battery-specific expertise," EIT InnoEnergy CEO Diego Pavía said.

Founded in 2010 and supported by the European Institute of Innovation and Technology (EIT), EIT InnoEnergy has offices in Europe and the U.S.

EIT InnoEnergy has 300 companies in its portfolio, which are on track to generate 72.8 billion euro in revenue and save 1.1 giga tonnes of CO2 annually by 2030.