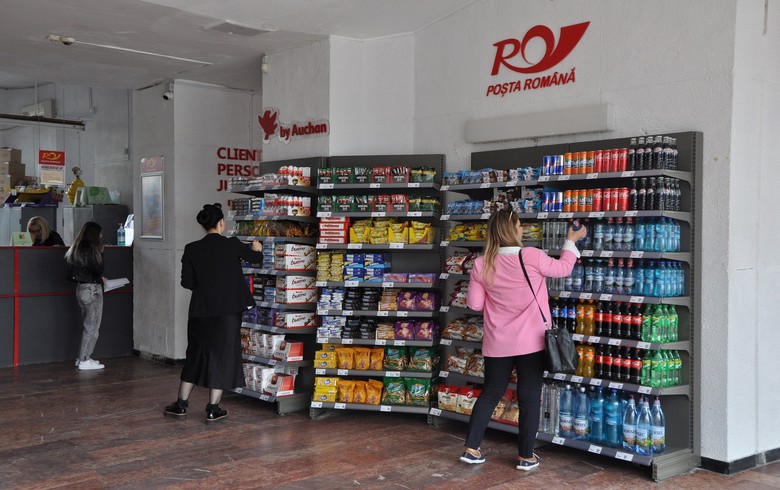 Posta Romana has already launched a pilot phase of the project within four branches in Pitesti, the companies said in a joint press release.

The products sold include groceries, sweets, drinks, and snacks, as well as a variety of non-food goods.

Depending on the success of the pilot phase, the two companies aim to extend the project across more Posta Romana locations.

In October, Posta Romana signed a 4.4 million euro ($4.65 million) deal for taking the readings of the electricity metres of households and small enterprises which use grid operator E-Distributie Muntenia.

Earlier in October, Posta Romana announced a 2 million euro investment in its IT equipment.

Posta Romana (i.e. “Romanian Post”) has the largest distribution network in Romania, employing 24,000 people at 5,500 units. The Romanian state owns a 93.52% stake in Posta Romana, while the remainder is held by Fondul Proprietatea.

Auchan Romania announced in January 2021 it had signed a delivery deal with courier service FoodPanda.

Auchan entered the Romanian market in 2005. It currently operates 223 locations across Romania, 33 of which are hypermarkets, five are supermarkets, while another 185 are proximity shops. Based on finance ministry data, Auchan Romania recorded a net profit of 135.03 million lei and a turnover of 5.553 billion lei for 2020.

Auchan Romania SA is among the biggest companies in SEE, for more reference take a look at Top 100 companies
Share this story
Facebook Twitter Linkedin Email
SeeNews in Brief