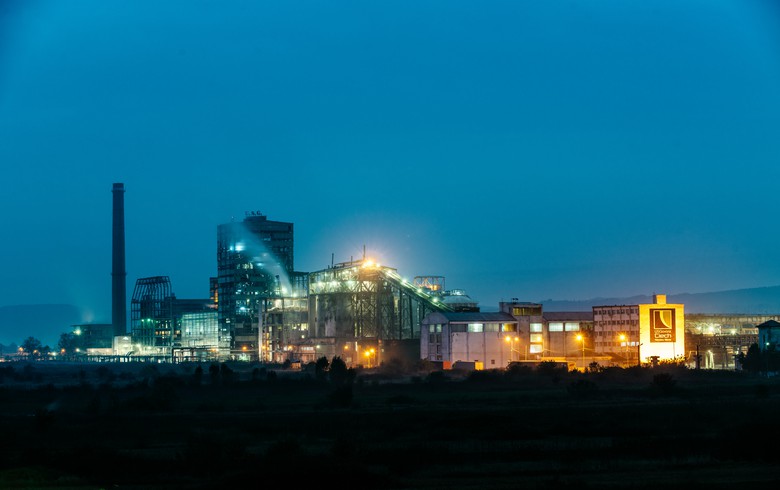 BUCHAREST (Romania), March 26 (SeeNews) - Polish chemicals producer Ciech Group said on Thursday it is suspending production at its Govora soda plant in Romania and implementing a voluntary redundancy programme and group layoffs after talks with authorities on resumption of steam supply failed.

Over 70% of the entire staff at the Govora plant will be leaving the company on April 1 as a result of the finalization of the voluntary redundancy programme,  Ciech said in a press release.

The company will continue to employ over 70 people who will be responsible for production of sodium silicates as well as maintenance of the soda ash plant. The remaining employees will be covered by group layoffs, Ciech said.

At the same time, the Ciech Group is still analysing the possibility of developing an effective steam source in the next few years to enable the Romanian plant to resume soda production in the long term.

"However, possible scenarios of such action exclude the ability to incur any investment expenses that could affect the balance sheet of the Ciech Group. As part of this project, Ciech's intention is to establish cooperation with an external partner responsible for the construction and maintenance of a new steam source, as well as authorities, in order to obtain government assistance and launch support mechanisms provided by the European Union," the company said.

Ciech Soda Romania temporarily stopped its production and went into stand-by mode on September 18 2019. This decision was due to the termination of the contract for the supply of process steam, necessary in the production of soda, by the CET Govora CHP plant, the only available supplier of this raw material. The new steam prices proposed by the supplier during many months of negotiations prevented the company from carrying out any profitable operations.

"In recent months, the Company has conducted an intensive dialogue with local partners, as well as representatives of the Romanian government. The unstable political situation in Romania, with its Council of Ministers being changed several times during this period, prevented the parties from attaining advancement in their talks. The coronavirus pandemic in recent weeks has also contributed to the absence of progress in the negotiations, changing the current and future economic situation of Romania in a significant manner," Ciech explained.

The Romanian plant is one of four soda factories within the Ciech Group. The other three are located in Poland and Germany and have their own sources of technological steam. Ciech Soda Romania is the smallest soda production company in the group.