Pipes on 90% of Serbian section of TurkStream now laid - Putin 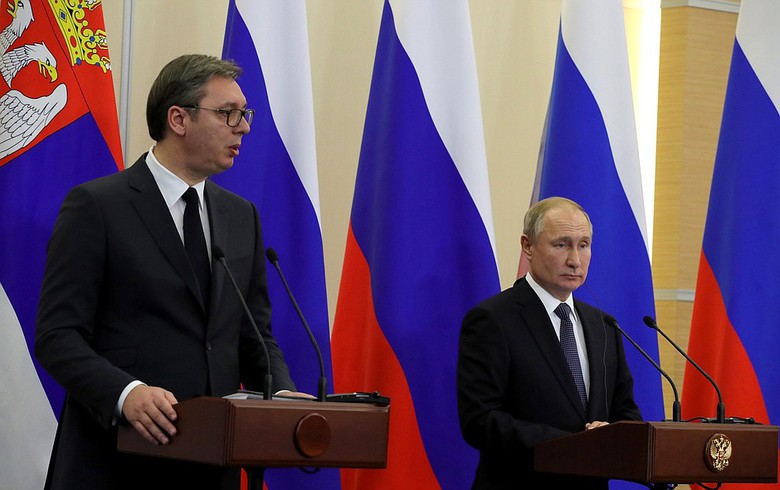 BELGRADE (Serbia), December 5 (SeeNews) – Serbia has laid 90% of the pipes of its section of Gazprom's TurkStream pipeline for transit of natural gas to Europe, Russian President Vladimir Putin has said.

"The Serbian section of the gas pipe from the Bulgarian border to the Hungarian border is almost ready: 90% of the pipes have been laid and 85% of them are ready; they are already in the trenches," Putin said during a joint news conference with visiting Serbian president Aleksandar Vucic in Moscow on Wednesday, according to a press release by the Russian President's Office.

Gazprom plans to build a string of its TurkStream pipeline for transit of Russian natural gas to Europe from Turkey via Bulgaria, Serbia and Hungary. Serbia plans to complete the construction of its 403 km-long section of the pipeline by December 18.

In Bulgaria, a consortium of Saudi-based Arkad Engineering and Construction Company and its Italy-based joint venture company Arkad ABB started the construction of the country's section of the transit gas pipeline in October, after Bulgaria's Supreme Administrative Court closed the case against the decision by the country's anti-trust regulator to reinstate Arkad as winner in the tender for the project.

"Bulgaria is deliberately delaying the implementation of the project on its territory. This is strange and disappointing. I would like to say that straight out, publicly," Putin said during the news conference.

Bulgarian prime minister Boyko Borisov responded on Wednesday evening by saying that the country is not delaying the project and fulfils all requirements of the European Union, unlike non-EU member states like Serbia, Turkey or Russia.

"Bulgaria is the gas hub. I do not believe that Serbia will build their part of the pipeline much faster," Borisov told Bulgarian private broadcaster bTV.

The offshore section of the TurkStream pipeline stretching 930 km across the Black Sea from Russia to Turkey consists of two parallel strings with annual throughput capacity of 15.75 billion cubic metres of gas each. One string is intended for consumers in Turkey, while the second will carry gas to customers in Europe through Bulgaria and Serbia.