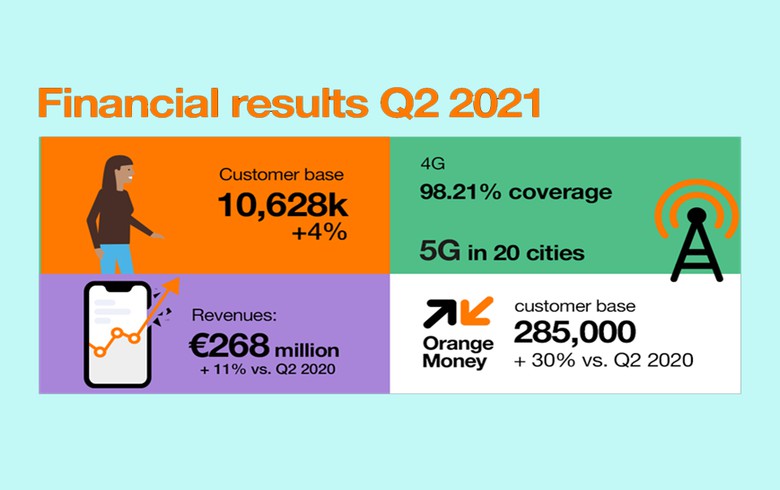 BUCHAREST (Romania), July 29 (SeeNews) - Orange Romania, a unit of France Telecom's Internet and mobile arm Orange, said on Thursday its revenues increased by 6% on the year in the first half of 2021 to 532 million euro ($632 million) due to a rise in equipment sales.

Also, Orange Romania has so far connected 20 cities to its 5G network.

"The efficiency and perseverance from this first semester paid off and reconfirmed the upward trend we are on. We focused on services that have brought value to customers in the area of innovation, connectivity and research, offering high-performance solutions to all users, be they residential customers or companies," Orange Romania CEO Liudmila Climoc said.

"A major goal for us is to become the first choice in the convergent services market in Romania. A step forward in this strategy is represented by the conditional approval of the European Commission for the transaction by which Orange Romania is acquiring a majority stake of 54% of Telekom Romania Communications shares."