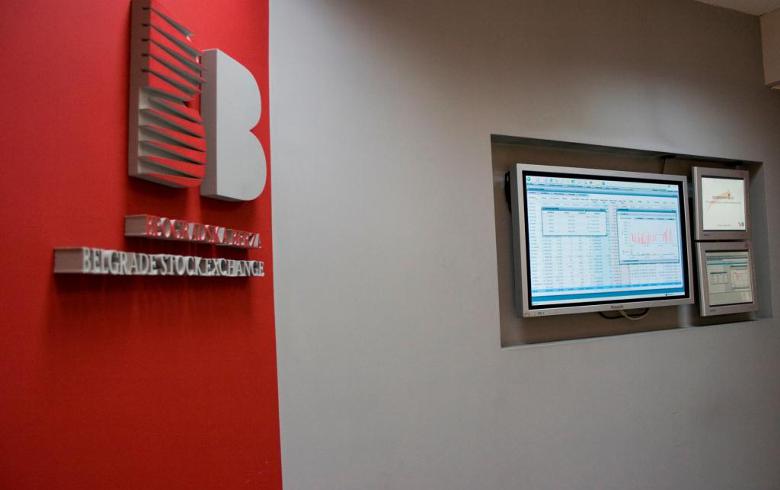 The BELEX15 index, which tracks the most liquid shares on the Belgrade Stock Exchange, ended the session 0.42% lower at 745.78 points.

The total turnover on the bourse amounted to 148.9 million dinars ($1.4 million/1.3 million euro) on Monday, down from Friday's 293.7 million dinars, as 214 transactions were carried out.

Trading on the multilateral trading facility (MTP) of the exchange generated a turnover of 41.6 million dinars.

Trading in Treasury bonds contributed 105.3 million dinars to the total turnover on the stock exchange on Monday.