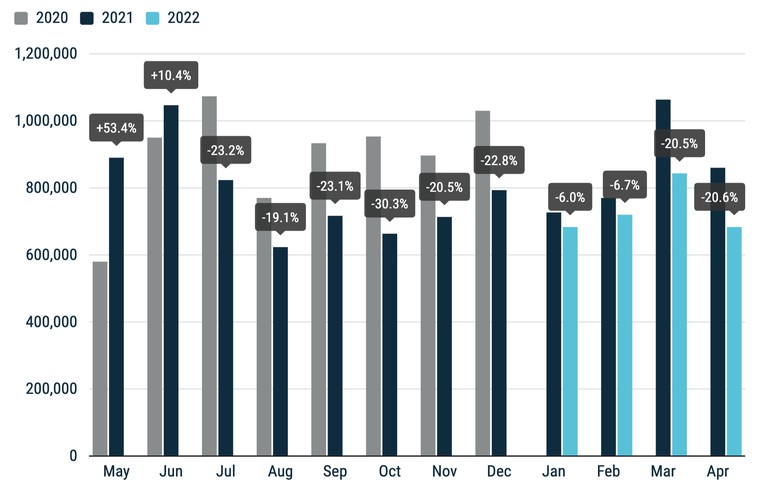 BUCHAREST (Romania), May 18 (SeeNews) - New passenger car registrations in Romania increased by an annual 35.6% to 37,447 in the first four months of 2022, provisional data from the European Automobile Manufacturers’ Association (ACEA) showed.

Supply chain issues still continued to weigh down heavily on car production, ACEA said in a statement on Wednesday. With the exception of the pandemic year in 2020, this was the weakest April result in terms of volumes sold since records began, it added.

New passenger car registrations within the EU, excluding Malta, decreased by an annual 14.4% in January-April, to a total of 2.93 million units.