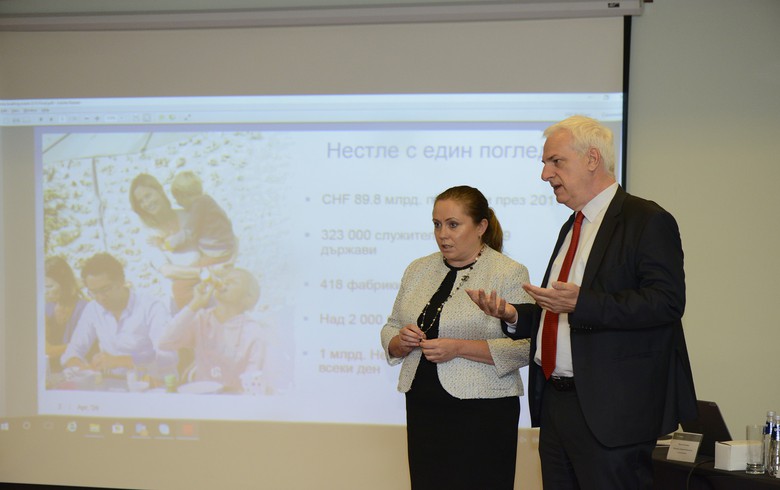 Last year, the company invested six million levs, of which 78% was channelled into the development of new products, Nescafe vending machines, IT and safety of products and personnel, Marian Marinov, financial director of Nestle Bulgaria, said at a news conference.

Nestle Bulgaria operates one production plant, in Sofia. About 90% of the plant's output consists of the Kitkat wafer bar. Some 40% of the output is exported. The top three export destinations - the UK, Germany and Poland, contribute 53% of Nestle Bulgaria's total export revenue, according to a presentation of the company results at the news conference.

In 2018, Nestle Bulgaria plans to optimize the closed cycles for industrial cooling water, which will decrease water consumption by 43%. Improving the steam and condensate distribution system is another target for the company in 2018, which is expected to reduce energy consumption by 15%.

"By 2025, the Nestle group plans to make 100% of its packaging recyclable or re-usable. This includes the Bulgarian plant, however we are still at the beginning stage of the project," the CEO of Nestle Bulgaria, Emmanuel Artur, told SeeNews.

Nestle's market share in Bulgaria rose in almost all segments with the exception of baby foods last year. The company is market leader in the coffee segment, culinary products, and cereals. The product ranges of animal food and coffee capsules have both sharply increased their market shares, according to the presentation.