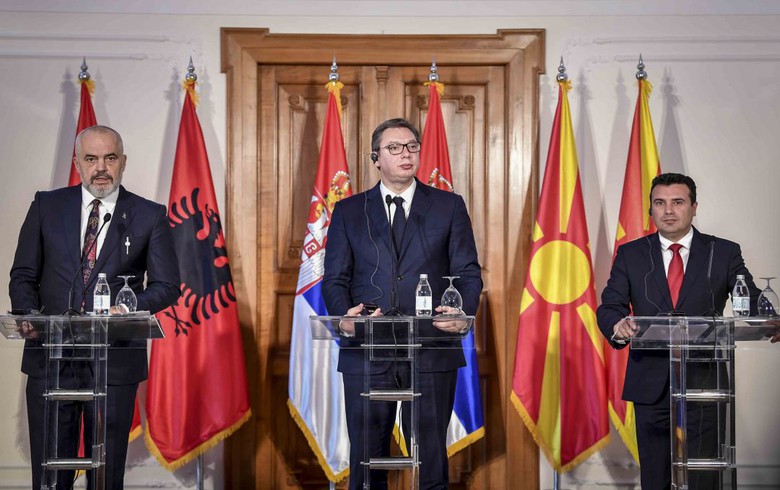 SKOPJE (North Macedonia), July 29 (SeeNews) - North Macedonia, Albania and Serbia signed two Memoranda of Understanding (MoU) aimed at facilitating the movement of goods and people between the countries as part of a new regional cooperation initiative called Open Balkan, the government in Skopje said on Thursday.

The three countries plan to provide easier access to their labour markets among themselves by removing work permits and simplifying the procedures for granting temporary residence permits, North Macedonia's government said in a statement.

They will also support the exchange of data between their customs offices and other competent authorities in order to facilitate imports, exports and transit of goods.

The objectives of the initiative include open borders between the three countries, free movement of goods, services and citizens, and further facilitating of capital flows by harmonising access to the financial markets' regulatory framework, Zaev said during the event streamed on the government's YouTube channel.

The three countries plan to introduce free border crossing for their citizens by the beginning of 2023, Vucic said.

Open Balkan, formerly known as mini-Schengen, is an initiative for establishing a free economic zone of the three countries which have about 12 million citizens in total.