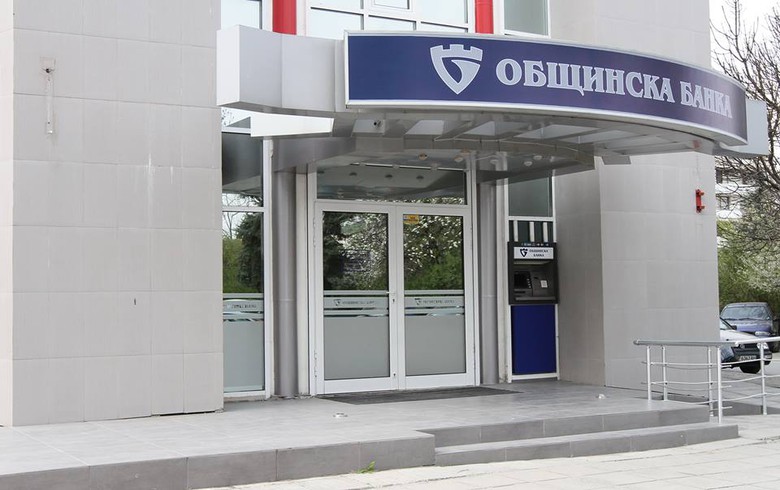 SOFIA (Bulgaria), September 10 (SeeNews) - Moody's Investors Service said on Tuesday that it has affirmed the Ba3 long-term deposit ratings of Bulgaria's Municipal Bank, and changed the outlook on these ratings to negative from stable.

The worsened outlook reflects the significant execution risks that the bank faces in repositioning its balance sheet as a commercial bank to deliver a more sustainable business model in light of its weak competitive position, high cost base, significant amount of problem loans and margin pressure in Bulgaria, Moody's Investors Service said in a statement.

The ratings affirmation reflects Moody's view that the bank's standalone profile continues to be driven by high reported capital metrics, and a deposit based funding structure and high liquidity, balanced against high problem loans and a material amount of real estate on its balance sheet, as well as by the bank's poor profitability and efficiency.

Moody's also said in its statement:

Municipal's Ba3 long-term deposit ratings continue to reflect the bank's b2 BCA and two notches of uplift from Moody's Advanced Loss Given Failure (LGF) analysis, which takes into account the loss absorption capacity provided by the junior deposits themselves.

Municipal's b2 standalone BCA captures (1) its capital metrics that are well above regulatory requirements - the common equity tier 1 ratio was 18.2% at the end of 2018; (2) a deposit-based funding structure and high liquidity; (3) the bank's high level of problem loans at 33.5% of total, although the loan book made up only 15% of assets at the end of 2018, and also material real estate assets resulting from foreclosures equivalent to 4% of total assets (including investment properties), and the potential risk to capital from these problem loans and properties; and (4) a low profitability, weak efficiency and competitive positioning.

The rating agency's Advanced LGF analysis continues to indicate that Municipal's deposits are likely to face a very low loss-given-failure, driven by the significant amount of junior deposits that would be available to share losses, leading to the two notches of rating uplift.

The negative outlook on Municipal's deposit ratings is driven by the significant execution risks that the bank faces in its strategy to reposition its balance sheet to deliver a higher sustainable profitability. Moody's also considers that the bank's new strategy and risk appetite remain unproven, while the bank's new shareholder has limited experience in operating a bank, although management is generally experienced.

The bank had a historical focus in financial servicing of Bulgarian municipalities and other government-owned entities, which is a low profit business. Following a sale in January 2018 of Sofia Municipality's majority share in Municipal to Novito Opportunities Fund AGmvK, the bank's new shareholder and new management are focusing on expanding Municipal's retail and corporate lending business, where returns are higher, and on containing the bank's high cost base. If achieved, without significantly increasing Municipal's risk appetite, this strategy would place the bank on a more sustainable footing.

However, the rating agency considers that there are significant executions risks because of (1) strong competition from larger and more established commercial banks making it difficult for Municipal to gain new creditworthy retail and business clients, given also Municipal's limited track record in underwriting these segments; (2) Municipal's limited economies of scale, need for investments in technology and inflexible cost base that will remain a burden over the next 12-18 months; and (3) ongoing pressure on Municipal's profitability because of the low returns from its business with Bulgarian municipalities and margin compression on lending in light of the low interest rate environment in Europe and high competition, while the bank manages down a high problem loan ratio and assets acquired in foreclosure.

Municipal returned to profitability in 2018, with a net income of BGN6.8 million after posting a loss of BGN0.6 million in 2017. However, income for 2018 was boosted by mostly one-off net gains on securities and from sale of foreign currency of BGN40.4 million, whereas net interest income was BGN22.2 million and net fee and commission income BGN10 million. Operating and administrative expenses declined but remained high for the bank's scale at BGN36.9 million in 2018, against BGN39.0 for 2017. The bank's cost-to-income stood at 53% in 2018, down from 86% in 2017, reflecting both the significant one-off net gains and the reduction in expenses.

WHAT COULD CHANGE THE RATING UP/DOWN

An upgrade to Municipal's ratings in the next 12-18 months is unlikely given the negative outlook. The outlook may be changed back to stable following a sustained improvement in profitability and competitiveness, along with a longer history of operating under the new business model as well an improvement in the bank's asset-quality, through a reduction in problem loans and real estate assets, and conservative underwriting of new loans.

Municipal's ratings could be downgraded if the bank's competitive position and therefore its risk-adjusted profitability does not sustainably improve and the bank is not able to improve its asset quality. A deterioration in the bank's solvency or a higher risk appetite resulting from the bank's new strategy would also have negative rating implications.

Changes in the bank's liability structure, mainly a material increase in its reliance on bank or secured funding, may reduce the uplift provided by Moody's Advanced LGF analysis and result in a downgrade of the bank's ratings.

....Outlook, Changed To Negative From Stable"