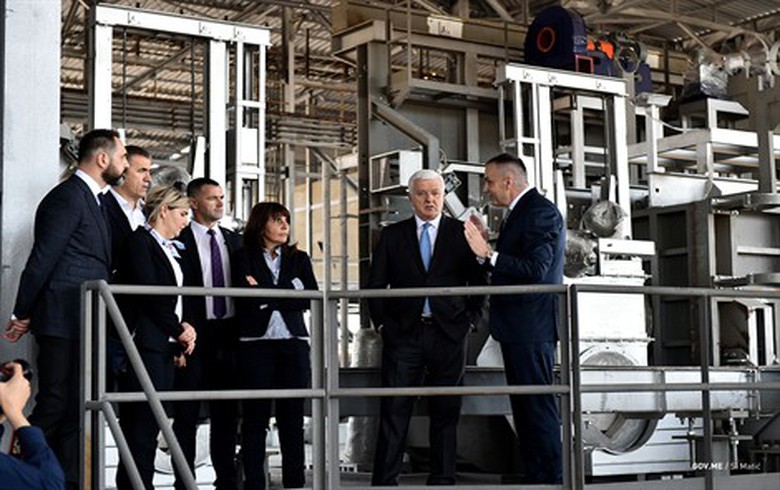 Markovic and Pejovic during their visit to KAP facilities; Source: Montenegrin Government

Uniprom will produce aluminium alloys in the form of small ingots at the unit which will have dozens of employees, the government said in a statement.

"The new factory will make a product that can go directly to the halls of automotive or aviation giants. Every new product in Montenegro is a step towards new jobs," prime minister Dusko Markovic said during the opening ceremony at the new manufacturing unit.

KAP entered bankruptcy proceedings in 2013 and was sold by Montenegro's government to Uniprom the following year.