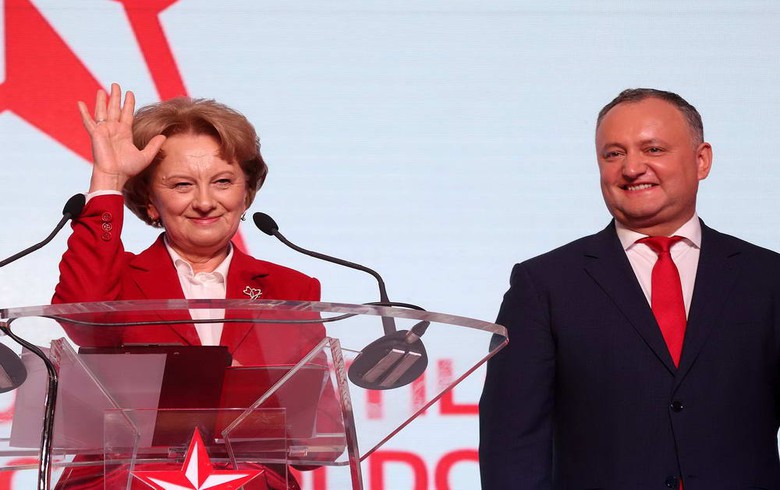 Greceanii was elected at the party's 15th extraordinary congress on Sunday.

"Over the last five years, we have consolidated our team and made it stronger," Greceanii said in her inaugural speech, according to a press release from the party.

PSRM will make all efforts for early parliamentary elections to take place next year and will make everything it can to win the elections and take over the leadership of the parliament and the new government, the party said in a policy statement adopted at the congress.

Zinaida Greceanîi is a Moldovan politician who served as prime minister  between March 2008 and September 2009. She has been a PSRM member since 2011. Previously, she was a member of the Party of Communists of the Republic of Moldova (PCRM).

She was twice an unsuccessful candidate of the PCRM for Moldovan president, on 20 May and 3 June 2009, lacking just one vote to obtain the required majority of 60% in parliament.

In Moldova's current 101-seat parliament elected in 2014 the largest political force is an alliance formed by the Democratic Party (PD) with 23 seats and by the Liberal Party (PL) with 10 representatives.

PSRM is the second biggest party in parliament with 24 seats, followed by the Liberal Democratic Party (PLD) with 10 seats, the Communist Party with 7 MP and 27 independent deputies.

PSRM has never been a governing party but it came in close in 2014 when it won the general election with over 20% of the vote. However, the party remained in opposition, as two pro-EU center-right parties, PD and PL, managed to form a minority coalition government with temporary support from PCRM.

On Wednesday, Moldova's Constitutional Court confirmed the results of last month's presidential elections, which gave the victory to  Igor Dodon. The court rejected a challenge filed by Maia Sandu, leader of pro-European Action and Solidarity Party (PAS). Dodon stepped down as party chairman after his visctory as the law bans the head of state from being a political party leader.

The president's inauguration will take place later this week.

Moldova held its first direct presidential elections in 16 years in November after in March the Constitutional Court ruled that the president will be elected by popular vote. Between 2000 and 2016, Moldova's president was elected for a four-year term by a majority of 60% of the members of  parliament.

The tiny landlocked ex-Soviet state of some 3 million people has strong historical and political ties with its western neighbour Romania, with more than 75% of the population speaking Romanian. However, some 10% of the population living predominantly in the internationally unrecognised separatist republic of Transnistria, which broke away from Moldova in the 1990s, speak Russian and identify themselves as Russians.