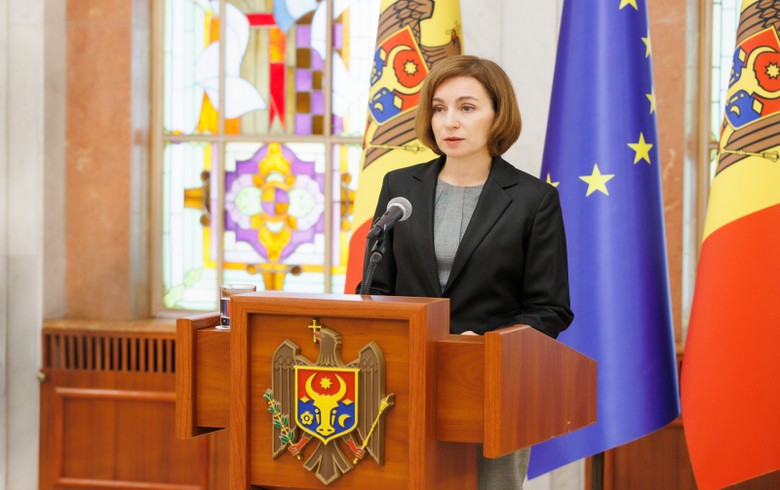 CHISINAU (Moldova), September 27 (SeeNews) - Moldova is considering to revoke the citizenship of its nationals enrolling to fight in the Russian army against Ukraine, president Maia Sandu said.

Most Moldovan citizens also hold Russian passports and they could be mobilised, president Sandu said on Monday during a press conference following a meeting of the country's Supreme Security Council (CSS).

"There is a risk of mobilization of Moldovan citizens from the eastern districts of the country. To discourage such actions, we are considering to revoke the citizenship of those with Moldovan and Russian citizenship who will fight on the side of the aggressor," the president said.

"In the same way, we are examining the possibility of toughening punishments for those who only have Moldovan citizenship and enlist on the side of the aggressor."

The president requested the foreign affairs and European integration ministry to initiate consultations with Russia in order to avoid drafting of Moldovan citizens residing in Moldova. The ministry will also take measures to help Moldovan citizens who want to return home from Russia, and the embassy is already working overtime to meet the growing demands, the president added.

Moldova is a landlocked ex-Soviet state with a population of some 2.618 million people which has strong historical and political ties with its western neighbour Romania, with more than 75% of the population speaking Romanian. However, some 10% of the population living predominantly in the internationally unrecognised separatist republic of Transnistria, which broke away from Moldova in the 1990s, speak Russian and identify themselves as Russians.