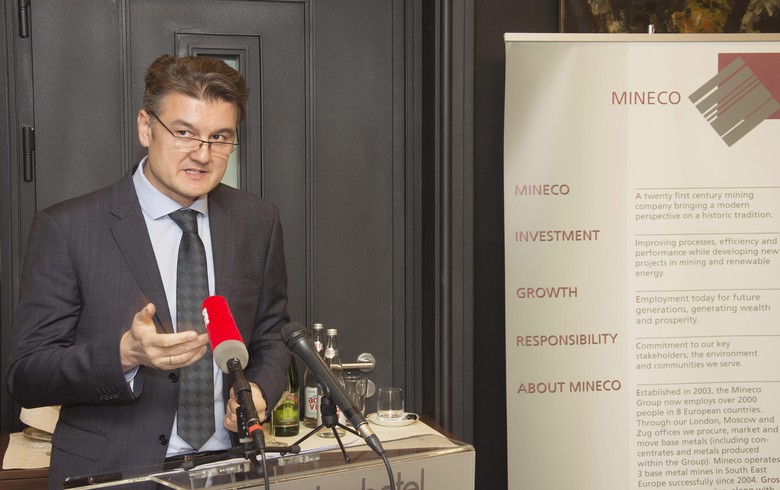 BELGRADE (Serbia), January 17 (SeeNews) - UK-based Mineco, which has mining operations in the Western Balkans, plans to start the construction of a lead, zinc and copper mine near Serbia's Bosilegrad in the third quarter of 2020, CEO Bojan Popovic has said.

The construction work has been planned for the third or fourth quarter of the year, in order for the commercial operation of the mine to commence during 2021, Popovic said in a statement on Thursday.

"During this year, the Main Mining Project for the Bosil-Metal mine and the Environmental Impact Study will be prepared and all necessary approvals of the competent ministries of the Republic of Serbia for the construction of a commercial plant will be provided," Popovic noted.

Mineco has commissioned a pilot project for flotation ore processing at the mine in 2018 and completed a feasibility study of the commercial lead, zinc and copper ore flotation process in 2019, he added.

In addition to the Bosil-Metal mine in Bosilegrad municipality, Mineco and its partners manage two other lead and zinc mines in Serbia - Rudnik (near Gornji Milanovac) and Veliki Majdan.

"Rudnik has added over 2 million additional tonnes of ore to its reserves in 2018/19 and at the end of 2019 a prospective new ore body has been identified at Veliki Majdan," оperations мanager Dominic Roberts said.

Elsewhere in Southeast Europe (SEE), Mineco is active in Bosnia and Herzegovina where it manages the Gross lead and zinc mine, conducts exploration works in the old antimony mine near Novo Gorazde, and started production at the cerussite mine near Olovo in 2017.