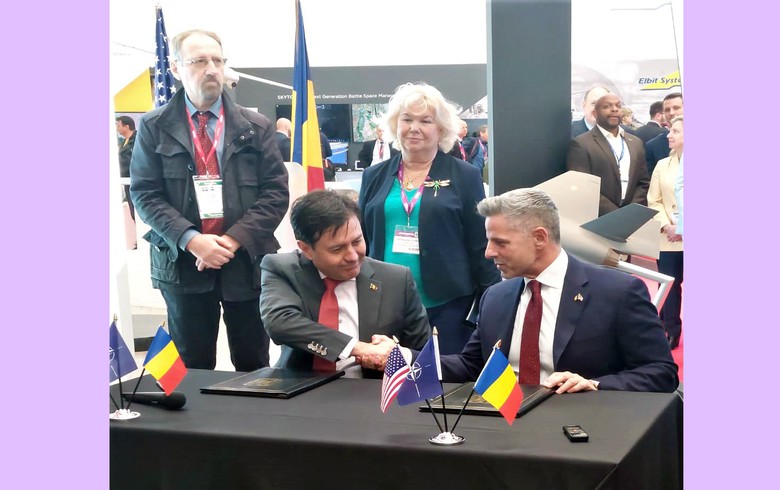 BUCHAREST (Romania), May 18 (SeeNews) - US-based security and aerospace company Lockheed Martin is looking to conclude partnerships with the Romanian state for investments in the aeronautical industry, the economy ministry said on Wednesday.

"Today, we signed a letter of intent, by which one of the largest companies in the aviation industry in the world reconfirms its interest in future partnerships and projects with the Romanian state. Lockheed Martin has been involved in various projects in Romania for 25 years, which is why the signing of this letter strengthens our partnership," economy minister Florin Spataru said.

The minister added that he wishes to see the inauguration of a regional equipment and maintenance centre for Black Hawk helicopters in Romania, "as soon as possible". Aircraft manufacturer Sikorsky, part of Lockheed Martin Corp and local aviation company Romaero [BSE:RORX] signed an agreement to set up the centre in Romania in 2018.

"Our goal is to identify new areas of cooperation, in addition to already announced initiatives at Romaero and Aerostar, including in the field of new technologies such as artificial intelligence and unmanned aerial systems, among others," Lockheed Martin vice president Ray Piselli said.

In August 2020, Romanian aircraft construction and repair company Aerostar [BSE:ARS] was designated as provider of maintenance services for the country's F-16 fighter jets.

In January 2020, Lockheed Martin told Romanian authorities that it is interested in the further development of military equipment production and maintenance projects in Romania, as well as artificial intelligence-focused research. The company was considering the development of additional equipment production and maintenance projects involving Romania, the defence ministry said at the time following a meeting with the company's representatives.

In March, the president announced that Romania needs to increase defence expenditure to 2.5% of gross domestic product (GDP) from 2% of GDP, following the Russian invasion of neighbouring Ukraine.