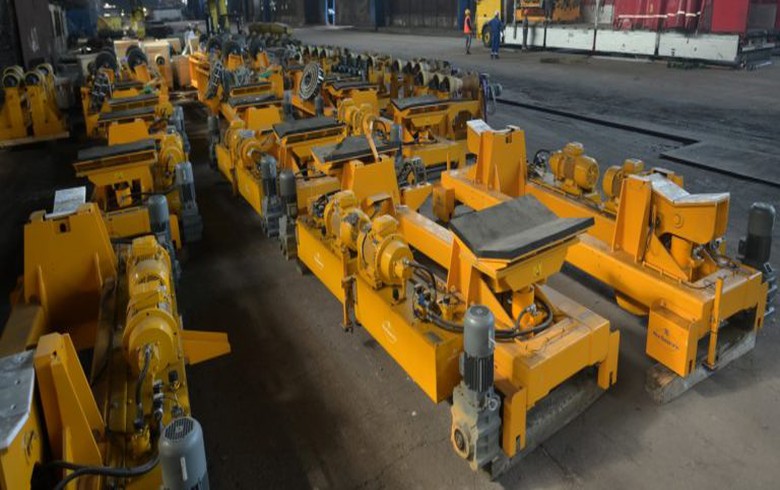 BUCHAREST (Romania), September 8 (SeeNews) - British industrial and metals company Liberty Steel Group said on Wednesday that it is investing 31 million ($7.4 million/ 6.3 million euro) in a coating line for use on pipes produced by its specialist unit in Romania's eastern city of Galati.

The first of the 80 trucks loaded with components for the pipe coating line has already arrived from the Netherlands, with the final parts of the equipment expected to arrive by the end of September, Liberty said in a press release.

The installation of the new line is expected to start next year. The pipe coating line will have a high degree of automation, being operated by a team of twenty five employees, and is environmentally friendly.

"Market demand for coated tubular products, which can be used for the safe transportation of all types of fluids, is increasing strongly. With this new Coating Line Liberty Tubular Products Galati will be the only producer in the area with the capability to produce this type of high quality tubular products," Liberty Galati general director Aida Nechifor said.

"Our great commercial advantage is that Galati will be able to produce not only the steel plate required to manufacture the pipes but also be able to process them into a final state for customers all over Romania, the Balkans and elsewhere in Europe."

The annual capacity of the line will be about 110,000 tonnes, or almost 500,000 meters of pipe, involving the washing, drying, sandblasting, inspection and coating of successive layers of epoxy resin, polyethylene and polypropylene as well as polypropylene foam. In addition to these coatings on the external surface of the pipe, the line can also perform coating on the internal surface pipes using epoxy resin. Treated this way, the pipes can be used in transmission lines for oil, natural gas, water or other fluids, the group explained.

Arcelormittal Galati SA is among the biggest companies in SEE, for more reference take a look at Top 100 companies
Share this story
Facebook Twitter Linkedin Email
SeeNews in Brief