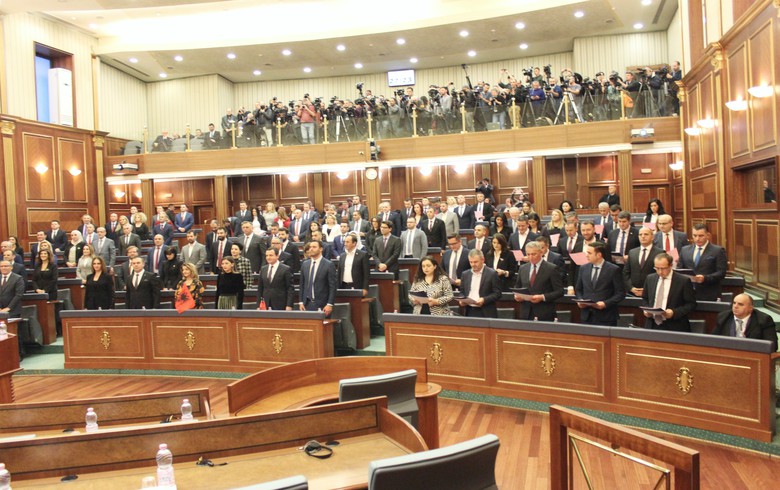 Some 82 MP in the 120-seat parliament supported the no-confidence motion, parliament said in a press release.

In order to pass, the motion needed to be backed by at least 61 MPs. The motion was supported by LDK, the Democratic Party of Kosovo (PDK), the Alliance for the Future of Kosovo (AAK) and the ethnic Serb party Serb List.

Tension between the two parties ran high after last week prime minister Albin Kurti fired then-interior minister Agim Veliu of LDK for acting contrary to the government measures against the coronavirus outbreak. The coalition partners differ in their views on how the coronavirus crisis should be handled and whether customs duties imposed on imports from Serbia should be removed completely.

The political parties now have to try to form a new government within 90 days. If the attempts are unsuccessful, a snap general election must be called.

Kurti's cabinet was only formed in early February after the winner of the October 6 snap election, VV led by Kurti, and second-ranked centre-right LDK agreed on a coalition.

The October 6 election was called after former prime minister Ramush Haradinaj stepped down in July 2019 to appear for questioning as suspect before the Kosovo Specialist Chambers in The Hague. The institution is investigating crimes committed during the 1990s guerrilla war waged by Kosovo's ethnic Albanians against Serbia's government forces.