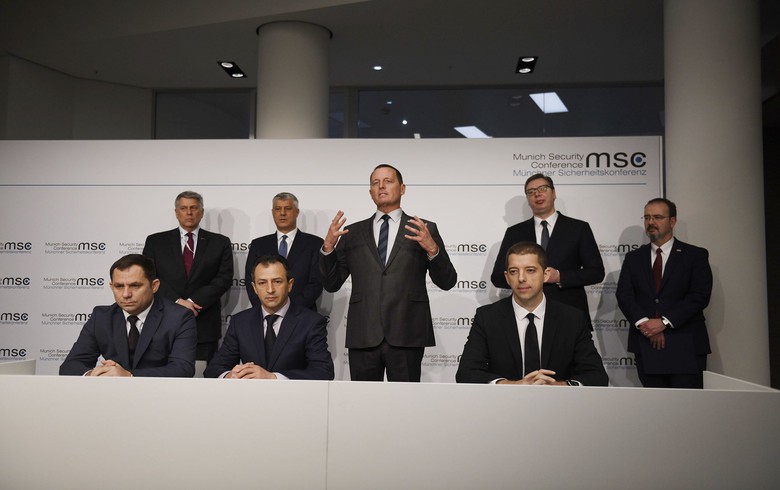 "First, the deal on air traffic and today we signed the deal on railways and highways between Kosovo and Serbia," Thaçi said in a Twitter post, after attending the signing of the agreement in Munich, Germany together with Serbian president Aleksandar Vucic and U.S. special envoy for Serbia and Kosovo, Richard Grenell. "A great step towards reaching a final peace agreement between two countries," Thaci added.

"Today, I am happy to see the progress [...] we feel that thanks to this, we will have a better future and will secure the peace in the next decade," Vucic said in a Twitter post.

The agreements on transport between Kosovo and Serbia follow the January 20 agreement for resumption of flights between Belgrade and Pristina after a pause of more than 20 years.

German low-cost air carrier Eurowings, a unit of the Lufthansa Group, has said it intends to launch a direct flight linking Belgrade to Pristina. Belgrade is working on creating administrative and technical conditions that would allow the launch of the flight, Serbian infrastructure minister Zorana Mihajlovic said last month.

EU-facilitated talks for normalisation of relations between Belgrade and Pristina began in March 2011. Progress in the talks deteriorated after the government in Pristina increased in November 2018 the import tariffs on all goods produced in Serbia and Bosnia to 100% from previous 10%, saying the move aims to protect Kosovo's sovereignty and interests. The scope of the new import tariffs was expanded in December 2018 to include products manufactured under international brands in Serbia and Bosnia.