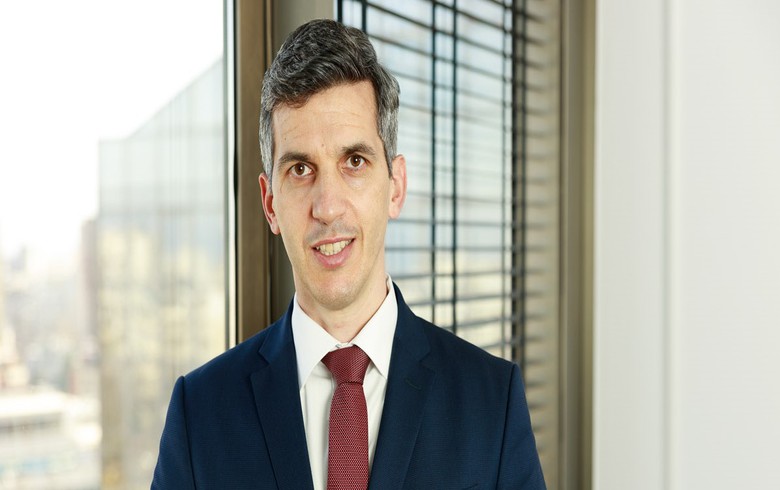 "The case for a hybrid, multicloud approach has never been clearer and we see more and more companies in Southeast Europe adopting hybrid cloud as the dominant IT architecture," Pravica said in an interview with SeeNews earlier this week.

The single-provider approach to cloud is a definitely a thing of the past: a recent IBM study shows that only 3% of global respondents reported using a single private or public cloud in 2021 - down from 29% in 2019.

As organisations opt for hybrid cloud, vendors' perception too is changing, according to Pravica. Companies are looking for a cloud service partner, not just a provider, as they need to constantly assess how their organisation is using the cloud in terms of adoption, velocity, migration, speed, and cost savings.

In SEE, IBM supports the cloud migration and wider business transformation of Telekom Srbija, Bulgaria's DSK Bank in Bulgaria, the Pension and Disability Institute of Slovenia, and others.

For companies in banking and insurance, which operate in a highly regulated industry, the major benefits of cloud are enhanced security, agile innovation, risk mitigation, compliance, unlimited storage and personalising customer experiences.

"Our IBM Cloud for Financial Services has built-in controls and data-protection capabilities that aim to help financial institutions address regulatory compliance requirements. It embodies new digital offerings from its growing ecosystem of more than 100 technology partners and fintechs. Furthermore, our hybrid multicloud platforms such as IBM Cloud Satellite act as a unifying layer of capabilities across any location where data resides whether it’s on-prem, in any cloud or at the edge," Pravica explained.

The companies' focus is shifting towards determining which workloads go where, Pravica went on to say.

"Early on in their cloud journeys, organisations often moved simple workloads to the cloud. Now they are evaluating migrating more mission-critical, complex workloads as they embrace modernisation. In the year ahead, they'll need to take inventory of their IT environments to select which workloads and applications are best suited for the cloud and which should remain on-premises."

Another key trend taking shape is the rise of industry clouds, Pravica said.

At the same time, in his view, security will remain high on the companies' agenda as cyberthreats are increasing.

"There’s an old adage that still holds true: hackers don’t break in, they log in," he said. "An absolute infrastructure is not the answer, a hybrid one built on zero trust principles is. The more companies understand this, the better they can safeguard their data against cyber threats in 2022."

He quoted another IBM study, according to which 43% of companies accelerated their rollout of AI last year, while 80% said they had plans to roll out some form of automation software over the next 12 months. CIOs focus is on applying AI to better predict IT issues – before they happen - and reduce costs, he noted.

"In 2022, we could see the rise of a variety of new use cases and innovation in AI, such as addressing challenges like gaining consumer trust in AI, climate change, applying AI to deliver on the potential of 5G, etc."

Earlier this week, IBM announced the expansion of its Client Engineering team in Central and Eastern Europe, which brings together designers, technical developers, solution architects, data scientists, security experts for customers and business partners. The teams are located in Prague, Warsaw and Moscow, but will be serving clients from entire region, including Bulgaria, Romania, Hungary, Slovenia, Serbia and Croatia. Its first clients include DSK Bank from Bulgaria and Serbian tech startup Flamel.ai.

The announcement comes after IBM took a series of actions over the past year and a half to execute its hybrid cloud and AI strategy and improve its revenue profile – optimising its portfolio, increasing investments, expanding its ecosystem and simplifying its go to market.

"Today’s IBM is a much different company," Pravica said.

In November, IBM completed the separation of its managed infrastructure services business to a newly established company, Kyndryl. Explaining what effect the spinoff has had on IBM's operations in SEE, Pravica said: "We continue as a company which refocused around two primary sources of client value: technology and business expertise. Also, we reinvigorated our ecosystem to combine the strength of IBM with an expanded network of business partners."