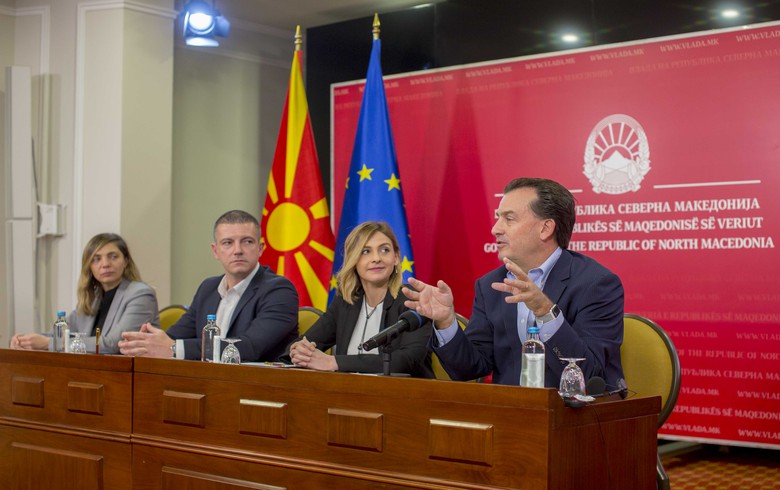 On Friday Mastercard signed a Memorandum of Understanding (MoU) with the government of North Macedonia to provide a range of digital solutions in the country allowing its citizens to prove their identity when accessing government and business services. The solutions are based on a distributed model that eliminates the need for a centralised identity database.

This is Mastercard's first cooperation of this kind with a government in Europe and the company plans more similar partnerships across the world, including the Balkans, Walton told SeeNews following the official signing ceremony.

"We will expand it to other Balkan countries, the UK market is very important. We are doing some work already in Australia, some work in the US, and we will do some work in Latin America. We've got plans to really be launching pilots across many countries in 2020. I think the important thing here is that this can become a hub because the government collaboration and the spirit of regulations that have been set and we can move very quickly here," Walton said.

He highlighted the significance of educating the community and building their confidence, as well as the government's support in overcoming the potential challenges of introducing these digital identity services in North Macedonia.

Digital identity tools, in general, could also respond to the challenges that open banking potentially presents, according to Walton.

"I think if the banks here are embracing digital identity soon and fast as we think they will, it’s helpful for them to deal with open banking," he went on to say.

Mastercard's business plans in Southeast Europe will also include supporting applications for digital identity in the financial services and e-government services market, the official said.

The company also plans pilot events related to providing digital ID services to universities, Walton said. They will allow students to confirm their identity when taking tests, or when claiming a student discount in shops or pubs, he explained.

Mastercard, a technology company in the global payments industry, is present in more than 210 countries and territories.