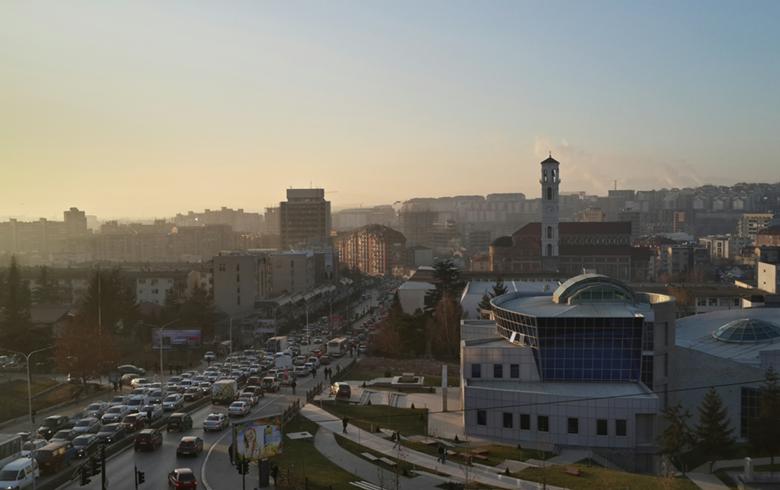 The planned budget revision, which envisages an increase in both revenues and spending, was submitted to parliament for approval, Murati told SeeNews on the sidelines of the annual meeting of the European Bank for Reconstruction and Development in Marrakech, Morocco, last week.

"This year, we have the problem with the energy crisis on one hand, and with inflation of food prices on the other. It is quite a problematic setting because there are a lot of families who are overproportionately burdened, especially the poorer households," Murati commented. "We need to intervene and help them. Of course, this puts a strain on the budget. We have already prepared a revision of the budget in order to increase the allowance and the spending limits."

To provide relief for households feeling the burden of higher food prices, Kosovo's government has approved a new support package and doubled the payments for families on social assistance, Murati noted. "We have added another 100 euro top-up one-off for all pension receivers and students alike, and we have done the same also for all employees who are receiving less than a 1,000 euro a month," he added.

Kosovo's GDP rose by 10.53% in 2021, after shrinking by 4.14% the year before, according to preliminary estimates of the statistical office.

"Last year we had a very high deficit projected. However, due to the better than expected performance in revenues we ended up the year with a deficit of less than 1% of GDP, it was quite an achievement, actually it was lower than in some of the pre-pandemic years. This year, we continue to see the same trend as regards to revenues. However, we need to ensure that we are prepared for any circumstances," the finance minister went on to say.

No official information about the country's budget performance so far this year is available.

The country's annual inflation quickened to 10% in March, as food prices fgined 13% and water, power, gas and fuel added 15.7%, according to statistics office data.

In Murati's view, however, inflation will stabilise in the summer.

"At the end of last year and the beginning of this year we have seen a very sharp increase, a ramp-up of inflation levels. However, now, in the past months, we have seen a stabilisation. I think that as we approach the summer months and the countries get to build back their reserves, be it fuel or food, we will see a stabilisation of inflation. On the food side, it all depends on the shipping industry and logistics. As for the fuel, that will depend quite a lot on the war in Ukraine and how that turns out."

The government will cover the increased spending with domestic debt issuances and financing from international financial institutions (IFIs), Murati said, adding that an international bond issuance is not on its agenda.

"On the domesic market, we continue [bond] issuing. Recently, we have had some agreements that provide budget support financing from IFIs, so we should be okay and we don’t need to do an international bond," he said.

Kosovo's finance ministry will offer 30 million euro worth of three-year Treasury notes at an auction on Monday. At the last auction of three-year Treasury notes held in February, the finance ministry sold 25 million euro worth of government securities, in line with plan. The average weighted yield on the government securities edged up to 1.67%.

In March, the World Bank signed an agreement to provide financing of 50.6 million euro to Kosovo in support of the government's efforts to improve fiscal transparency, enhance private sector development and strengthen environmental sustainability following the COVID-19 crisis. The loan has a maturity of 25 years and a five-year grace period.