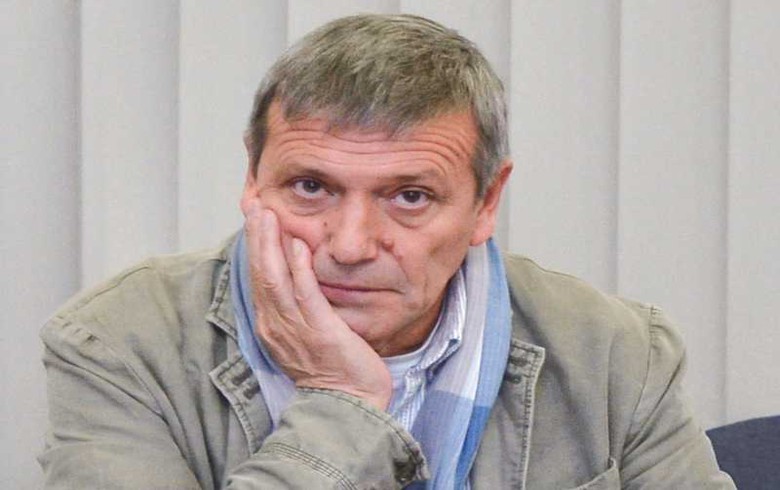 SOFIA (Bulgaria), July 9 (SeeNews) - The process for awarding a 35-year concession contract to run Bulgaria’s Sofia Airport will move a step forward in the next week or two when the best bidder among five candidates is expected to be announced, a leading economist said on Tuesday.

"For the first time perhaps Bulgaria, in the face of the transport ministry, is conducting a serious and transparent concession competition for such a grand piece of infrastructure," Krassen Stanchev, an associate professor of macroeconomic analysis of policies and public choice theory at Sofia University St. Kliment Ohridski, told SeeNews in an interview.

The financial proposals will have 55% weight in the overall score but the devil is buried in the technicalities of the offers, each of them presented on 400 to 600 pages. The review of the offers shall determine the value of the remaining 45%. This peculiarity of the tender process originally gave grounds for scepticism, noted Stanchev, a former еxecutive director of Sofia-based economic policy think-tank Institute for Market Economics.

He recalled that main opposition Socialists and the always sceptical political observers in Sofia commented at the launch of the tender that the government was too optimistic, saying it is “selling strategic infrastructure to foreigners” (as the Socialists claimed) and/or is seeking under-the-table negotiations with the potential bidders. When the bids were opened in May, however, the figures exceeded expectations, Stanchev said, with bidders envisaging higher-than-required concession fees, a one-off payment of more than 300 million euro ($336.1 million) and investment in excess of 800 million euro.

The centre-right coalition government started the process a year ago, with the European Bank for Reconstruction and Development (EBRD) and IFC, the World Bank Group’s private sector development arm, acting as advisors. The plan seemed overambitious back then, with the government seeking more than 250 million euro as a one-off payment, no less than 600 million euro of investments and at least 3.4 billion euro of revenues from the operation of the airport during the concession period, Stanchev noted.

The working group at the transport ministry now has the difficult task of analyzing the pros and cons of each of the offers, comparing them and assessing what the short-term and long-term implications of the concession will be. All this is being assessed taking into account the country's economic growth, tourism revenue and the image of Bulgaria. The signature payment is included on the revenue side of Bulgaria’s 2019 budget which is a sign that the government is very much confident that the tender will be successfully completed, Stanchev opined.

Representatives of IFC and EBRD, who spoke at a panel discussion on the concession procedure at the Economic Forum held in Plovdiv on June 26-27, stated that they see no obstacles to the completion of the tender. Transport minister Rossen Zheliazkov expressed the same view, saying that he expects that “the [airport’s] business plan will determine the final outcome” of the race, according to Stanchev.

"All this gives confidence that there is a desire to make a good choice and that the concession contract will not be reviewed several years later, as is usually the case in Bulgaria. Moreover, one of the preconditions in the procedure is that the contract shall remain unaltered for ten years after going into force," Stanchev commented.

With details not yet disclosed, one should believe that the potential winner has no choice but making sure that Sofia Airport’s business grows steadily in the long term. This task is far from being easy, given the recent flurry of investment and renovation at all airports on the Balkan Peninsula, large and small, and, especially, the most recently opened Istanbul International Airport, Stanchev said.

For every airport in the world, passengers are the most important element of their business. And to have passengers, a well-built and maintained airport infrastructure is a must, both in terms of technological level and the facilities it provides. Regrettably, Stanchev said, Sofia Airport cannot respond to these requirements at present and passengers, both Bulgarian and foreign, report that it is uncompromising, boring and poorly maintained.

"The old Terminal 1, even after its 2006 renovation, resembles provincial airports of Russia in the Black Sea region and the Caucasus from the times before their post-2010 overhaul. Most of them now look more convenient and modern than the new Terminal 2, also built in 2010,” Stanchev said.

He pointed out that more than half of Sofia Airport passengers (about 53%) are customers of low-cost airlines. With the exception of Qatar Airways and LOT, all other airlines have a share of less than 6% each of Sofia Airport’s passenger numbers. The share of Turkish Airlines is slightly above 4%. Even flag carrier Bulgaria Air has a lower share of passenger traffic at the airport. Despite the odds and the competition, however, passenger numbers at Sofia Airport have been growing steadily in the past five years, Stanchev commented.

The potential is huge and any development in this direction is to upgrade a long-standing tradition: in 2018, Bulgaria ranked 72nd out of 160 countries in the Logistics Performance Index, which is relatively good compared to the world’s average but worst in the EU, Stanchev pointed out.

He stressed that the only way for Sofia Airport to develop is to compete for the position of a new hub for Southeast Europe by rapidly refurbishing its infrastructure.

"The upcoming decision on the winner of the tender may contribute to such a scenario if and only if it meets three conditions," Stanchev said.

First, the contract should be structured as an agreement for the providing of public services by a private company, or traditional concession contract, not as a typical public-private partnership deal in which, as it happens in Bulgaria and the region, public interest is often represented by top government executives, while the private one is represented by their friends.

Second, as soon as possible, Terminal 1 and Terminal 2 should be modernized and Terminal 3 should be built, as Sofia Airport is already at least 10 years behind the competition.

"Third, this means that a business plan based on investment designed to bring revenue shall be preferable to a plan that relies on the accumulation of airport fees to finance the refurbishment of the infrastructure. The 'Infrastructure immediately' scenario will have many other positive effects on the economy, as budget revenues from direct and indirect taxes and labour taxes will boost GDP growth," Stanchev concluded.