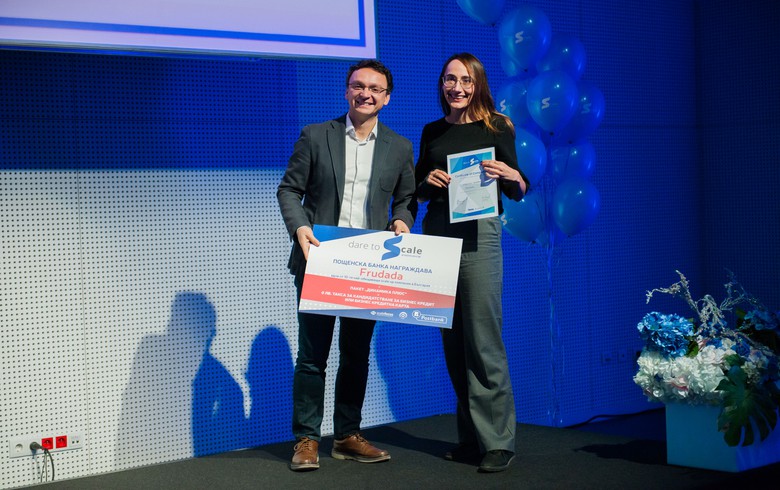 SOFIA (Bulgaria), December 13 (SeeNews) - Bulgarian producer of non-carbonated beverages and ice creams Santulita operating under the Frudada brand, expects to turn to profit next year for the first time since its establishment in 2016, its founder told SeeNews.

Sofia-based Santulita targets a turnover of over 2 million levs ($1.1 million/1.0 million euro) in 2020, Zlatelina Bezheva told SeeNews in an interview on Thursday after the company was awarded as one of 10 most promising Bulgarian scale-up companies in the pilot edition of Dare to Scale - a programme of local entrepreneurial organisation Endeavour run in partnership with Postbank.

The start-up is currently focused on expanding its presence in the country as well as in Romania and Greece, where it exports its products, Bezheva said.

The company has plans for new products and initiatives in the next two or three years but its priority at present is to find new partners and increase the number of stores in Bulgaria that sell its products. Santulita plans to sign a contract with a national distributor in 2020 which will help it to grow the number of its points of sale in Bulgaria from 400 to 1,500.

Santulita's turnover has tripled since the company started operations, according to its presentation at the event. The company expects to reach a total revenue of 5 million levs for the next three years.

In the following years, Santulita anticipates 20-30% annual growth of revenue from sales of non-carbonated beverages. Ice cream is a relatively new product for the company and its sales contribute about 200,000 levs to annual revenue, as the product is offered in just 60 stores in the country.

While Santulita aims to strengthen its business in Romania and Greece, it sees Bulgaria as the most important market for its growth, Bezheva said in the interview.

"Here we find foreign competitors such as Olympus, Rauch and Coca-Cola - they all have similar products. What makes us different is our production process, we are in the middle between a handicraft business and an industrial business. Our work includes a lot of hand processing and we create our own recipes. This makes us different from the big companies. Also, we are a local company, we know our clients and have a better connection with them than others," Bezheva noted.

One of the company's main missions at the moment is to create a hub where it will test new products before launching them on the market until it finds a technological solution and a business model for production on a larger scale.

Santulita was founded as a family company in Sofia, where it has a production base and a team of 15. Ten of the employees are engaged in the production process.

In 2017, Santulita was among the top eight producers of fruit juices on the local market, while at the moment it considers itself to be among the top five, Bezheva said during the Dare to Scale event.

"Among smoothie producers in Bulgaria we are definitely the leader," Blazheva added.