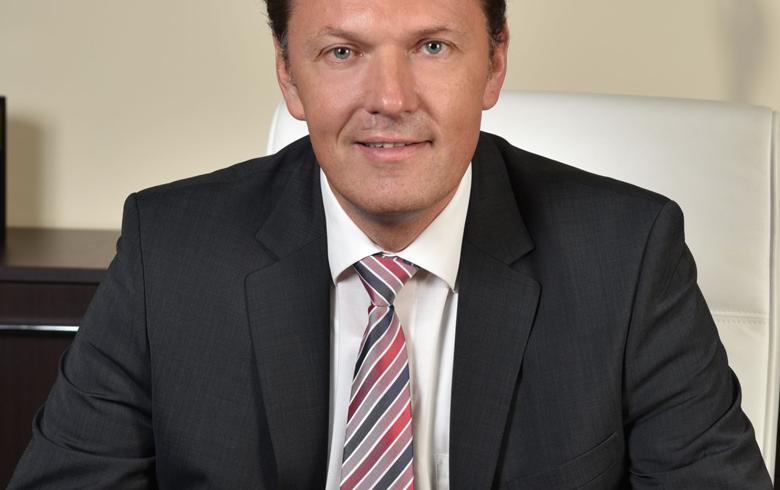 SOFIA (Bulgaria), December 4 (SeeNews) - The 132 million euro ($147 million) investment programme, which Aurubus Bulgaria, a unit of Hamburg-based copper producer Aurubis, launched a year ago is running according to plan, as its aim is to improve efficiency, cut costs and faciltate maintenance, the company's CEO told SeeNews.

"This investment will secure our long-term operations," Tim Kurth told SeeNews in an interview for the latest edition of the SEE TOP 100 ranking of the biggest companies in Southeast Europe.

With a total revenue of 2.6 billion euro in 2018, Aurubis Bulgaria ranked eighth in the SEE TOP 100 ranking and was the biggest metals producer in the region.

Following is the full text of the interview:

Q: In late 2018 Aurubis announced plans to invest 132 million euro in the Pirdop plant. How is this project progressing?

We named it “Aurubis Bulgaria 2022” since the investment is mid-term, planned for four years. We launched the programme and it is going as planned. This investment will secure our long-term operations. We have started modernising the entire plant infrastructure: road and railroad networks, pipelines, drainage system, communications, some of the buildings will be completely renovated. Оur production facilities are spread over an area of four sq. km. and the programme is fairly ambitious. The activities for modernisation of the internal energy infrastructure are currently underway. We aim for efficiency, cost optimisation and easier maintenance. The effect of the four-year programme, when accomplished, will be for decades ahead. It is not an exception, our investments are with a long time horizon. We are here to stay.

Q: In what other areas are you planning investments in Bulgaria in the long term?

For us investing is a continuous process and part of the profit is regularly redirected for capital expenditures. Last year we started extension of the iron silicate depot. We have also launched a new process for slag cooling, the project is continuing. In the spring this year we went through a planned repair for three weeks, a routine upgrade that is carried out between two main shutdowns. We spent 25 million euro, mainly for improvements in our smelter and acid plant, including modification of a blend air lift system aimed at additional dust emission reduction. As you know, Aurubis Bulgaria is among the Top 5 most environment-friendly copper smelters in the world and continuous investment in that field is a permanent priority. About 30 companies from the Srednogorie, the country and abroad were involved in the repair.

Q: The company booked lower results compared to the last fiscal year according to the Group’s interim reports. What is your projection?

We are in a period when а variety of factors act together. The net results are influenced by the market conditions for our throughput materials, the metal prices, the so called treatment and refining charges. The volumes are planned to be lower compared to last year also due to the maintenance shutdown in May-June that will have its one-off effect over the figures. Unlike the temporary ups and downs, the energy prices may impact expenditures over a long period of time. That is why we are working hard on efficiency through modernisation. We built a solid ground in Bulgaria throughout the years and keep on investing. It makes us optimists for the future.

Q: In what ways are you cooperating with other units of the Aurubis Group in order to boost growth?

Aurubis is becoming an integrated network of smelters and other production facilities, this process is a pillar in the long-term strategy. We are jointly developing our source and customer markets, plan investments for the different sites. The Bulgarian plant supplies our entities within the Group, mainly in Italy and Belgium, so Aurubis AG itself is an important market for us. A key part of this process of acting as one body is the know-how exchange and closer cooperation between our R&D units. Development and implementation of technologies for processing of complex materials, for generating less waste through more efficient extraction will boost our competitiveness for the future.

Q: What are your projections for the developments of the global metals market and how will Aurubis respond?

This year’s weaker demands from the automotive industry or the cable sector are due to an economic cycle, not to a trend. Our end products, the non-ferrous metals, are source materials for e-mobility and digitalisation. Moving to renewable energy is also an irreversible trend. Low carbon economy requires metals and the demand will be increasing for wind turbines and solar panels, energy storage facilities, energy networks. As I already mentioned, we are investing in technologies enabling the circular economy in our sector. The share of recycling will be getting higher. That way we will simultaneously contribute to the carbon-neutral economy and help its development through our products.