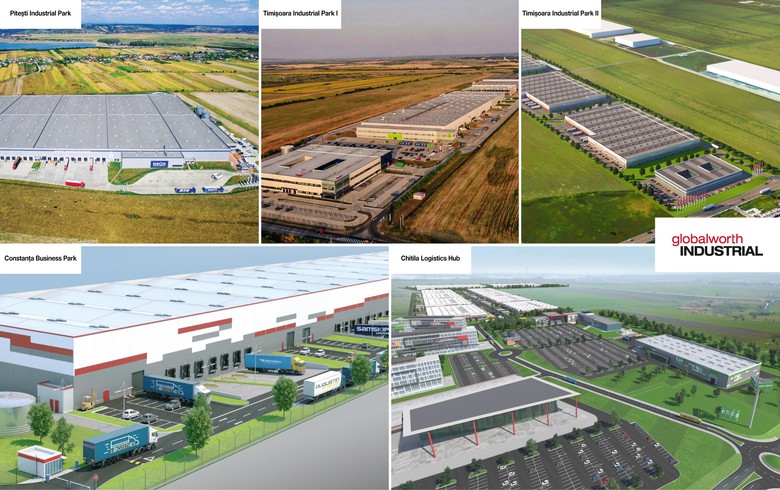 The maximum occupancy rate was reached after Globalworth Industrial signed at the beginning of this year a lease with DS Smith for its second logistics park in Timisoara, Globalworth said in a press release.

DS Smith, the European leader in packaging production, decided to relocate its service center operations from Timisoara, renting more than 6,000 sq m at the park.

Timisoara Industrial Park II will be built in stages and is designed to suit a wide variety of interests. Work on the project began in October 2018, and the first building was completed last year. The first warehouse in the new park spans an area of 17,700 sq m and already hosts NDB Logistics.

In total, at the end of the project, the second industrial park in Timisoara will provide tenants over 170,000 sq m.

"With projects already finalised and others under development in some of the most important parts of the country, Globalworth Industrial aims to provide Romanian companies with space for production, storage and logistics operations that align with the highest quality and environmental standards. Our Timisoara Industrial Parks are no exception to this rule," Mihai Zaharia, director of investments and capital markets of Globalworth, said.

In addition to the premium technical characteristics, the new industrial park is very well located being near to Timisoara International Airport, as well as the border crosspoints to Hungary and Serbia. It also provides easy access to both the Timisoara belt and the A1 motorway.

Timisoara Industrial Park II is located close to the first industrial park developed by Globalworth, which is currently fully rented to companies such as Valeo, Continental, Honeywell, Coca-Cola and Litens.

Globalworth is a listed real estate company active in Central and Eastern Europe, quoted on the AIM-segment of the London Stock Exchange. It has become the pre-eminent office investor in the CEE real estate market through its market-leading positions both in Romania and in Poland.

In Romania, Globalworth is present in Bucharest, Timisoara,
Constanta and Pitesti.