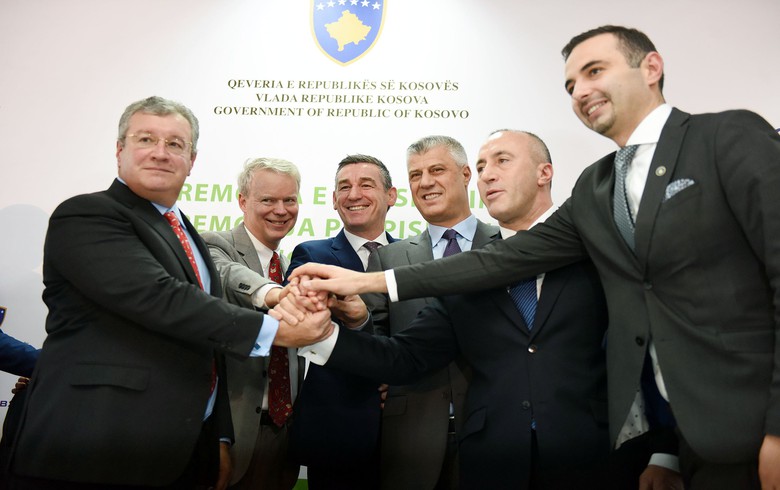 PRISTINA (Kosovo), May 3 (SeeNews) – US energy group ContourGlobal and Kosovo's government said on Friday that General Electric (GE) has been selected as the preferred bidder for the construction and long-term maintenance of Kosova e Re, a 500 MW coal-fired power plant expected to cost around 1.3 billion euro ($1.5 billion).

GE and ContourGlobal expect to engage in further negotiations and to reach an agreement on final terms, the joint statement said.

“This marks a key milestone in the development of the Kosova e Re project. We are delighted to move forward with such a world-class company with the commitment and capabilities to build Kosova e Re on time and according to the highest technical, environmental and safety standards,” executive vice-president and chief operating officer of ContourGlobal, Karl Schnadt, said. “We have been pleased with the rigorous tendering process and the positive response received from the overall market.”

In September four pre-qualified companies were invited to submit their technical and financial proposals after in June ContourGlobal launched the initial selection of applicants to provide the turnkey engineering, procurement and construction contract for the plant and.

In October ContourGlobal reiterated its commitment to the project despite a statement from the World Bank president that the lender will not support it.

In December 2017, Kosovo's government signed an agreement with ContourGlobal to launch the construction of Kosova e Re. The new power plant will be operational by 2023, Kosovo's economy and development ministry said at the time. The life span of the future power plant is estimated at 40 years.

The project is considered to be Kosovo's largest energy project, which will replace the 40-year-old Kosovo A plant and is seen as the only solution to the country's chronic air pollution and unreliable power supplies.

ContourGlobal is an international power-generation company with approximately 4,305 MW in operation in 18 countries and three continents. ContourGlobal operates a portfolio of 100 thermal and renewable power plants across Europe, Latin America, and Africa utilizing a wide range of technologies.