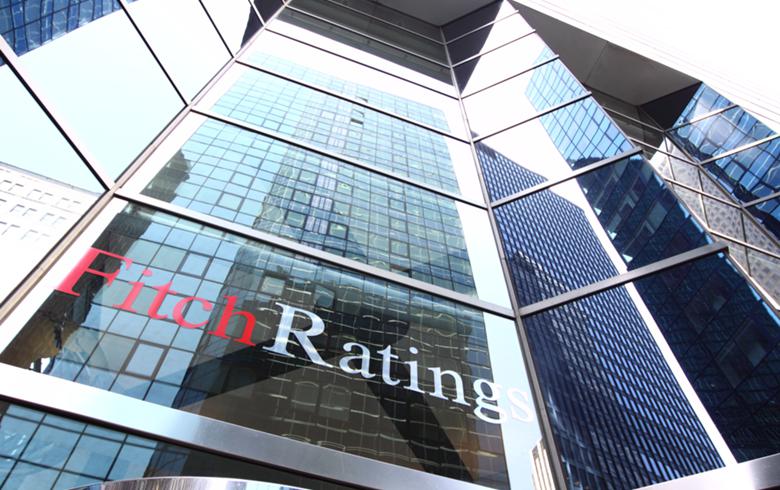 Arcelik's national rating has been affirmed at 'AAA(tur)', Fitch Ratings said in a statement on Thursday.

The downgrades reflect the change in notching between Arcelik's IDR and Turkey's country ceiling and Arcelik's upcoming refinancing risk from the 350 million euro ($378.6 million) maturity in September 2021, the global ratings agency said.

The downgrades also reflect Fitch's view that Arcelik does not have the structural enhancements that are required to be rated two notches above the country ceiling.

"The Stable Outlook reflects our expectation that Arcelik will maintain leverage metrics and profitability commensurate with the rating despite COVID-19-related macroeconomic stress. Fitch forecasts that funds from operations (FFO) net leverage metrics will remain below 2.5x despite our negative free cash flow (FCF) expectations for the next two years, which is in-line with a 'BBB' rating. Similarly, our EBIT and FFO margin forecasts of 7%-8% are commensurate with the 'BB' rating median in our Diversified Industrials Navigator.

Increasing Refinancing Risk: Arcelik has significant loan repayments in 2020 and 2021 of an average of about TRY5 billion each year. Fitch is forecasting that Arcelik will be able to successfully refinance both its short-term debt and Eurobond, during the respective year of repayment, albeit at higher interest rates, given the current challenging liquidity environment. Fitch expects Arcelik to successfully complete refinancing before 2Q21. However, failure to do so could put pressure on the ratings.

Currently Fitch forecasts that Arcelik's available cash balances of TRY7.8 billion at end 1Q20, which Fitch adjusts for TRY0.7 billion, will barely cover TRY 6.1 billion of short-term debt for the next 12 months, and our negative FCF expectations of TRY1.3 billion for the year. Fitch notes that under a stress case scenario where the international markets are closed, Arcelik's strong banking relationships in the local market will help the issuer refinance through local Turkish banks.

COVID-19 Likely to Impact Operating Performance: Fitch has factored in the potential impact of COVID-19 disruption on Arcelik's operating performance during 2020, with a spill over impact in 2021. Fitch forecasts significant drops in revenue for 2020 on a foreign-currency basis, but this is partially balanced by the Turkish lira depreciation, which is Arcelik's reporting currency. Fitch forecasts EBIT margins of around 7%, which is supported by Arcelik's low cost base, despite a significant drop in demand in its EMEA markets. Fitch also notes that these EBIT margins are in line with the rating, and the 'BB' rating median of 6% in our Diversified Industrials & Capital Goods Navigator.

FCF Generation Pressured: Fitch expects pressure on FCF generation to increase, driven by higher working capital outflow, resumed dividends distribution in the upcoming years, and sharp increases in interest rates in Turkey. Fitch believes that current FCF generation is not commensurate with the ratings, and prolonged stress on cash generation could further increase leverage. However, Fitch notes that Arcelik has some flexibility in its capital structure, and in the absence of pressure from its major shareholders, dividend pay-out and capex could be adjusted to support liquidity needs.

A significant increase in uncertainty in both the domestic Turkish economy and international markets combined with COVID-19 disruption could drive sharp FX and interest rate movements, leading to swift and material increases in leverage, which may put downward pressure on the ratings.

Adequate Business Profile: Fitch believes that Arcelik's business profile is adequate, supported by its sizeable market shares in the European market, and its leading status in the Turkish domestic market. Arcelik's higher exposure to emerging markets leaves it prone to foreign-currency fluctuations and political risks, but this translates into superior profitability compared with its Western European peers.

Growing Market Shares: Arcelik has generated strong international revenue growth in the past few years by attracting more price-conscious consumers in Western Europe and capitalising on its strong marketing and distribution network. This has allowed it to become one of the top three white goods manufacturers in Europe. Arcelik has been a strong performer in the domestic market, gaining substantial market share following Whirlpool's decision to exit Turkey and its wider price choice for Turkish consumers under weakening affordability. We expect Arcelik to maintain its positioning with a stable market share.

Financial Services Adjustments: Arcelik's reported leverage is affected by higher-than-average working capital needs, as a significant portion of durable goods are sold on credit in Turkey. While this is partly financed by Arcelik, the dealer credit risk is covered by banks' letters of credit and mortgages. Fitch assumes approximately 120 days of domestic receivables come from this business practice in Turkey and adjusts debt accordingly to reflect a more accurate peer comparison. Based on its financial services criteria, Fitch applies a 3x debt/equity ratio for these receivables.

Arcelik has strong market shares in Turkey and Europe, which drive stable through-the-cycle EBITDA (around 10%) and FFO margins (around 6%). These financial metrics are commensurate broadly with the 'BB' rating median in our capital goods navigator, and are in line with that of higher-rated peers like Whirlpool Corp. (BBB/Negative) and Panasonic Corporation (BBB-/Stable). However, these strengths are offset by weak FCF generation, driven by intense capex in new markets, and structurally high working capital needs. Despite the current investment phase, Arcelik's leverage metric adjusted for financial services remains below our negative rating sensitivity and conforms with the 'BBB' rating median in our capital goods navigator.

Arcelik's technological content and R&D capabilities are broadly in line with those of Whirlpool, Electrolux and the broad white goods industry. However, Arcelik's revenue from emerging markets is much higher than higher-rated white goods manufacturers. Although Arcelik is broadening its geographical diversification away from Turkey, it remains vulnerable to macro-economic, political and FX risks in emerging markets.

- Effective interest rates for 2020 to decline, and successful refinance of short-term debt

- Successful refinance of Eurobond maturing in 2021

- Dividends distribution to resume by 2021

- The ratings could be upgraded if Turkey's Country Ceiling was upgraded.

Factors that could, individually or collectively, lead to negative rating action/downgrade:

Low Liquidity Score: Historically, Arcelik's liquidity score has been around 1x, driven by the use of short-term debt to finance its high working capital needs. Available cash on balance sheet was TRY7,576 million at end-2019 (net of TRY639 million intra-working capital adjustment), which is sufficient to cover short-term debt of TRY6.1 billion for the next 12 months and our expected negative FCF of TRY1.3 billion for 2020. However, the upcoming Eurobond maturity, coupled with our negative FCF expectations for TRY2 billion for the next two years is putting pressure on Arcelik's 24 month liquidity profile.

Fitch does not count Arcelik's large (uncommitted) lines in Turkish banks in its liquidity score. However, their strong presence in Arcelik's funding could mitigate liquidity risk, reflecting their availability for drawing even during the global financial crisis of 2008-2009, and continue to be in place despite the current stress. While the liquidity score below 1x is not adequate for the rating, the risk is also partly mitigated by customer receivables financing that are deemed self-liquidating."