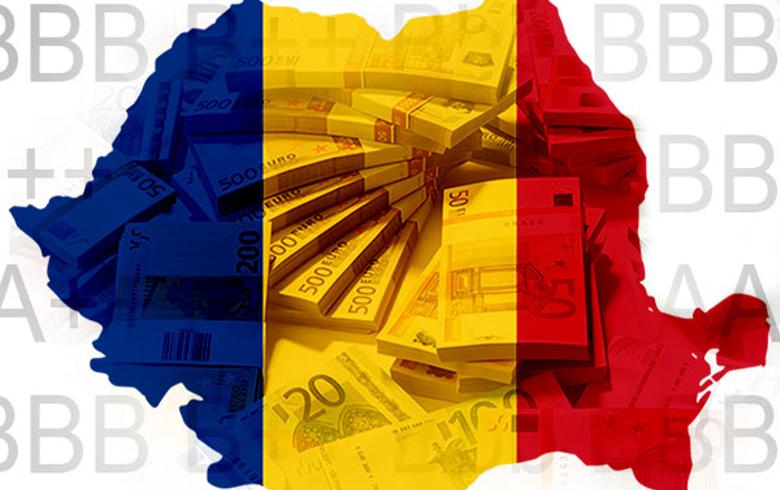 BUCHAREST (Romania), November 17 (SeeNews) - Fitch Ratings said it has affirmed Romania's long-term foreign and local currency issuer default ratings (IDR) at 'BBB-', with stable outlooks, but warned that a loosening in fiscal policy since 2016 has weakened the public finances.

Outturns for the first nine months of 2018 show revenues were just 69% of the revised full year targets and the budget deficit was 1pp of GDP higher than the corresponding period in 2017, Fitch warned.

Nevertheless, Fitch expects the government to meet its 2018 general government budget deficit target of 2.96% (ESA basis) through deferring capital expenditure and ad hoc measures, as in 2017, so as to avoid the EU placing it in the Excessive Deficit Procedure.

"Fitch Ratings' announcement is a new recognition that Romania enjoys sustainable economic growth, which will help to strengthen investor confidence in the country's economy, as well as its robust growth prospects," Romania's finance minister Eugen Teodorovici said in a separate statement on Saturday.

Romania's 2017 budget is built on projections for 4.5% economic growth and deficit equivalent to 2.96% of GDP.

"KEY RATING DRIVERS
Romania's investment-grade ratings are supported by moderate levels of public debt, and GDP per capita and governance indicators that are in line with 'BBB' category rated peers. However, pro-cyclical fiscal loosening with a positive output gap poses risks to macroeconomic stability.

Romania's economy stagnated in 1Q18 on a qoq basis, reducing annual growth to 4.2%, from 6.6% in 4Q17. Gains from rapid wage increases and tax cuts have now begun to fade, consistent with Fitch's view. As a result, the agency has left its real GDP forecasts unchanged, projecting growth of 3.8% in 2018 and 3.3% in 2019. With the sharp slowdown in 1Q18 GDP, weakening of economic sentiment indicators, tighter monetary policy, higher inflationary pressures, and renewed external uncertainties, a "hard-landing" scenario presents a downside risk. Balancing fiscal policy with macroeconomic stability is likely to be challenging for the government.

Romania's GDP per capita is projected to move above the current median level of 'BBB' category rated peers in 2018. The European Commission estimates Romania's potential GDP reached 4.1% in 2017 from a five-year average of 2.7%, led by gains in total factor productivity, although it faces headwinds from weak demographics. Meanwhile the labour market is tightening and labour productivity growth continues to lag behind wage growth.

Expansionary fiscal policy has weakened the public finances. Although Romania kept its 2017 headline budget deficit below the EU's Maastricht ceiling of 3% of GDP (at 2.9%) - which is still an important policy anchor for the government - this was flattered by strong economic growth and also relied on cuts to capital spending. Fitch does not believe this can be sustained, and expects Romania's budget deficit to widen towards 3.4% of GDP in 2018 and 3.6% in 2019. This contrasts with the government's budget deficit target of 2.96% of GDP for 2018, based on real GDP growth of 5.5%. The authorities expect a 6pp cut in the rate of personal income tax (PIT) to reduce revenue by 1.5% of GDP and be partially offset by changes in social security contributions. Meanwhile, further increases in minimum wages and hikes to public sector wages and pensions have added to underlying pressures.

Fiscal loosening with an increasing positive output gap will lead to further deterioration in Romania's structural fiscal deficit in 2018. In 2017, the structural deficit reached 3.3% of GDP, widening 3pps in two years, contrary to national and EU fiscal rules. Based on Fitch's baseline, there is increasing risk of Romania re-entering the EU Excessive Deficit Procedure as soon as 2019, having only exited it in 2013.

Romania's general government debt ratio was 35% of GDP end-2017. Lower growth and projection for a wider primary fiscal deficit have led Fitch to forecast the debt ratio to increase to 35.9% of GDP in 2018. This remains in line with the projected current median ratio of 'BBB' category peers. However, without fiscal consolidation, Romania's debt ratio is on an upward trajectory under Fitch's long-term debt dynamics.

Romania's external finances remain weaker than that of 'BBB' rated peers. Pro-cyclical fiscal policy, which fuelled domestic consumption, led to a widening of the current account deficit (CAD) to 3.4% of GDP in 2017 from 2.1% in 2016. For 2018-2019, Fitch is projecting an average CAD of 3.9% of GDP on the back of a widening trade deficit. This compares with a median CAD of 2.1% of GDP across 'BBB' rated peers. A widening of the CAD risks stalling the decline in Romania's net external debt position, which at an estimated 19.3% of GDP (end-2017) remains above the majority of 'BBB' rated peers'.

Romania's banking sector remains stable. Banks are well-capitalised, with an average capital adequacy ratio of 19.8% (March 2018). Liquidity is also ample, with a loan-to-deposit ratio at 75.3% (March 2018). Meanwhile, asset quality continues to improve, with non-performing loans on a steady decline, reaching 6.2% (March 2018) from 9.6% at end-2016. Credit activity continues to recover, predominately led by the household sector, where average annual growth in loans in the first five months of 2018 was 9.2%, compared with 5.3% in the same period in 2017.

Consumer price inflation spiked to 5.2% in April, reflecting exchange rate depreciation, higher energy prices and administered prices, as well as strong domestic demand. Since January 2018, the National Bank of Romania (NBR) has increased its key policy rate three times, each by 25bps. Currently at 2.5%, Fitch projects at least one additional rate hike this year, and forecasts inflation to average 4.5%, up from 3% in 2017.

Uncertainty surrounding judicial reform remains a risk to Romania's governance indicators, which currently stand in line with the 'BBB' peer median. Lack of public support for controversial reforms to the criminal code has caused political tensions within the ruling coalition parties (PSD-ALDE). Following a temporary loss of majority seats in the lower house of parliament in May, which has now been restored, PSD-ALDE also survived a no confidence motion on 28 June. Parliamentary elections are scheduled for 2020 and Fitch does not currently see a risk of early elections.

Fitch's sovereign rating committee adjusted the output from the SRM to arrive at the final LTFC IDR by applying its QO, relative to rated peers, as follows:

-Macroeconomics: -1 notch, to reflect the risk of macroeconomic instability posed by pro-cyclical fiscal and wage policy and a position in the economic cycle that is boosting some economic variables beyond sustainable levels and flattering Romania's SRM output.

Fitch's SRM is the agency's proprietary multiple regression rating model that employs 18 variables based on three-year centred averages, including one year of forecasts, to produce a score equivalent to a LTFC IDR. Fitch's QO is a forward-looking qualitative framework designed to allow for adjustment to the SRM output to assign the final rating, reflecting factors within our criteria that are not fully quantifiable and/or not fully reflected in the SRM.

RATING SENSITIVITIES
The main factors that could, individually or collectively, lead to positive rating action are:
-Reduced risks of macroeconomic instability
-Implementation of fiscal consolidation that improves the long-term trajectory of public debt/GDP
-Sustained improvement in external finances

The main factors that could, individually or collectively, trigger negative rating action are:
-Persistent high fiscal deficits leading to a rapid increase in government debt/GDP
-An overheating of the economy or hard landing that undermines macroeconomic stability

KEY ASSUMPTIONS
-Fitch assumes Romania's main economic partners in the EU will benefit from economic growth in line with its Global Economic Outlook.

The full list of rating actions is as follows: