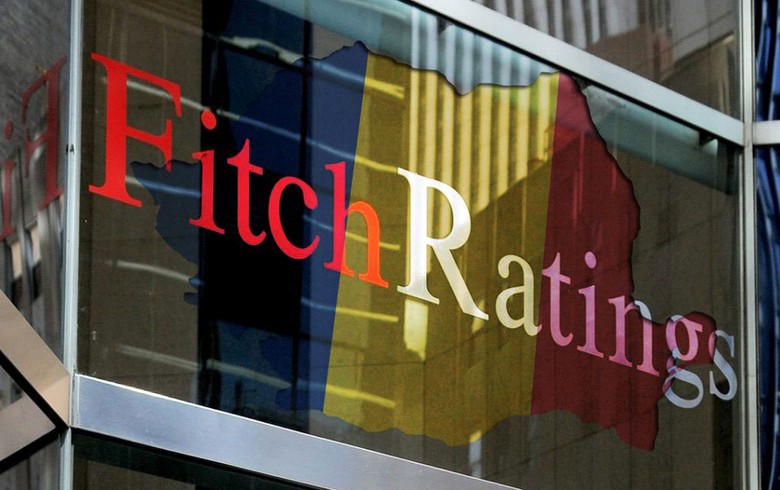 Romania's investment-grade ratings are supported by government debt and debt service levels that are below peers', and GDP per capita, governance and human development indicators that are above 'BBB' category peers' and are underpinned by EU membership, Fitch said in a press release on Friday evening.

These are balanced against larger twin budget and current-account deficits than peers', a weak record of fiscal consolidation and high budget rigidities, and a fairly high net external debtor position, Fitch added.

Fitch's negative outlook reflects continued uncertainty regarding the implementation of policies to address structural fiscal imbalances over the medium term and the impact on Romania's public finances from lingering pandemic risks and rising energy costs.

Renewed political instability following the dismissal of the liberal government in October has raised uncertainty about the scope and pace of reform implementation, although the approval of the Recovery and Resilience Plan in late September - which includes a series of reforms to improve medium- term fiscal sustainability - could act as a key policy anchor, the agency noted.

In a statement issued on Saturday, Romania's finance ministry said that decisions of the two rating agencies are proof of the government's sound economic measures. "The rating agency's decision is a signal for Romania to continue its fiscal-budgetary policies, reform and investment plan assumed for the following years at a sustained pace," interim finance minister Dan Vilceanu said.

In April, Fitch affirmed Romania at BBB-', with a negative outlook.

On October 15, Standard & Poor's maintained Romania's rating at BBB-/A-3, with a stable outlook, while Moody's has changed the outlook on Romania to stable from negative and affirmed the Baa3 foreign and domestic long-term issuer and senior unsecured ratings.

Political uncertainty has increased following the dismissal of the government led by PM Citu via a vote-of no confidence in early October. Government stability had started to weaken weeks before as tensions increased between two of the three ruling coalition parties, Citu´s PNL and USR-Plus, partly over policy priorities. A similar three-way coalition government under different leadership is possible, given that the parties may seek to avoid early elections as polls point to substantial losses (and gains to the main opposition PSD). However, the fact that Romania has had three governments since 2018 and that the PNL-led government lasted less than a year has highlighted the difficulties in resolving entrenched political tensions, increasing the risks of prolonged political and policy paralysis.

Fitch continues to expect moderate fiscal consolidation in the short term, with the general government deficit reaching 8% of GDP in ESA terms in 2021. A faster-than-expected recovery in revenues in January-August provided the authorities some headroom to increase health-related expenditure and other transfers, with Romania currently suffering its most deadly wave of the coronavirus pandemic.

Downside risks have accentuated through the 2022 budget deficit objective (6.2% of GDP according to the Convergence Programme) as the planned 1.2pp reduction in expenditure could be compromised by ongoing health costs and higher transfers/wages to deal with rising energy costs, although this could be partly mitigated by higher profits of state-owned energy companies.

According to Romania´s approved RRP, the authorities aim to approve and implement public pension and unitary wage bills by mid-2023, while there is a commitment to increase revenue by 3pp of GDP by 2025 (primary via a reform to the state tax agency). Meeting these targets is essential to guarantee the planned disbursements of the EUR29.9 billion RRP (EUR14.2 billion of which is in grants and the rest in loans) while successful implementation of reforms could help address some of Romania´s main structural fiscal challenges. Combined with the commitments under the EDP, this will serve as an important anchor regardless of which party is in power.

However, implementation risks are likely to persist (particularly if there is a prolonged political crisis), including over the scope and reach of the expenditure reforms. In this context, we currently forecast a budget deficit of 5.8% of GDP in 2023, among the largest in the 'BBB' category.

Under our baseline scenario, we forecast public debt/GDP increasing gradually to 55.2% in 2023 from 47.3% in 2020, still below the forecast for the 'BBB' median of 60.2%. Romania has had good access to external markets (benefitting also from lower yields on RRP loans), as well as sound debt management (interest payments-to-revenue are among the lowest in BBB category), which offset risks from large gross financing needs. Nonetheless, public debt dynamics will remain vulnerable to potential changes in market sentiment and adverse policy changes. Moreover, persistent macro imbalances, including a large external deficit, limit policy response in the event of macro shocks.

Fitch expects the economy to expand by a brisk 7.2% in 2021, before moderating to an average of 4.5% in 2022-2023 (versus BBB median of 4.2%). Output already surpassed 2019 levels in 1Q21, due to a solid recovery in domestic demand and highlighting the resilience of the economy to pandemic developments. Disruptions in supply chains (particularly in the automobile sector) and the impact of higher energy costs could dampen growth in the short term.

However, EU-led investments will provide a strong medium-term boost, with Romania expected to receive a combined total of over EUR80 billion (37% of GDP) until 2027, including RFF and 2021-2027 Multiannual Financial Framework funds. The county plans to invest heavily in infrastructure and digitalisation, combined with a number of reforms that can help address longer-term challenges such as an ageing population and declining productivity, although a record of weak EU funding could reduce the effectiveness of investments.

As in other countries in the region, rising inflationary pressures are increasingly becoming a key policy challenge. Consumer price inflation rose to 6.3% yoy in September, compared with the National Bank of Romania´s target of 2.5% +/-1pp, with further adjustment to energy and potentially food prices likely to bring it above 7% by year-end (the highest in 10 years). Trends in harmonised consumer prices and core inflation point to similar upward pressure, with heightened risks of de-anchoring longer-term inflation expectations.

The National Bank of Romania (NBR) has increased its main policy rate (up 25bp in October to 1.5%) and further tightening is likely. This, combined with the seasonality of energy costs, should reduce inflationary pressures from 2Q22 but a tightening labour market could lead to higher wages and prices. The rate of unemployment has remained broadly stable around 5% in 2021, while the rate of vacancies is increasing, albeit still slightly below pre-pandemic levels).

Romania´s external finance indicators are a rating weakness, with persistently large structural current- account deficit (CAD) and risks from eroding external competitiveness. We continue to expect relatively large CAD in 2021-2023, averaging 6% of GDP as a recovery in exports is offset by solid import demand. We forecast non-debt-creating inflows to cover an increasingly large share of CAD (close to 80% by 2023) as EU transfers accelerate. This should help maintain a sizeable foreign-exchange (FX) reserve position (at over 20% of GDP in September), while the share of net external debt will remain stable at around 20% of GDP in 2021-2023 (versus peer median of 0.2%). However, if non-debt-creating flows do not materialise or if the CAD widens more rapidly, then there could be more significant pressure for greater financing or currency adjustment, heightening macro risks.

ESG - Governance: Romania has an ESG Relevance Score (RS) of 5[+] for both Political Stability and Rights and for the Rule of Law, Institutional and Regulatory Quality and Control of Corruption, as is the case for all sovereigns. Theses scores reflect the high weight that the World Bank Governance Indicators (WBGI) have in our proprietary Sovereign Rating Model (SRM). Romania has a moderate WBGI ranking at 59.2 percentile, reflecting a recent record of peaceful political transitions, a moderate level of rights for participation in the political process, moderate institutional capacity, established rule of law and a moderate level of corruption.

-External: A sustained deterioration in the balance of payments, for example, reflecting a sharper widening in the CAD and/or failure to attract non-debt financing flows.

-Fiscal: Improved confidence that the government´s fiscal strategy will lead to a narrowing fiscal deficit and broad stabilisation of general government debt/GDP over the medium term.

-External: A reduction in external vulnerabilities, for example, via a sustained improvement in external debt ratios.

Fitch's proprietary SRM assigns Romania a score equivalent to a rating of 'BBB' on the LTFC IDR scale.

Fitch's sovereign rating committee adjusted the output from the SRM to arrive at the final LTFC IDR by applying its QO, relative to SRM data and output, as follows:

- External Finances: -1 notch, to reflect Romania's higher net external debtor and net investment liabilities positions than the 'BBB' range median, as well as higher external vulnerability than implied by the SRM model, given adverse policy developments in recent years that have impacted external competitiveness and aggravated its exposure to shocks.

Fitch's SRM is the agency's proprietary multiple regression rating model that employs 18 variables based on three-year centred averages, including one year of forecasts, to produce a score equivalent to a LTFC IDR. Fitch's QO is a forward-looking qualitative framework designed to allow for adjustment to the SRM output to assign the final rating, reflecting factors within our criteria that are not fully quantifiable and/or not fully reflected in the SRM."