EU, World Bank to back start-up community in Serbia with 84.5 mln euro 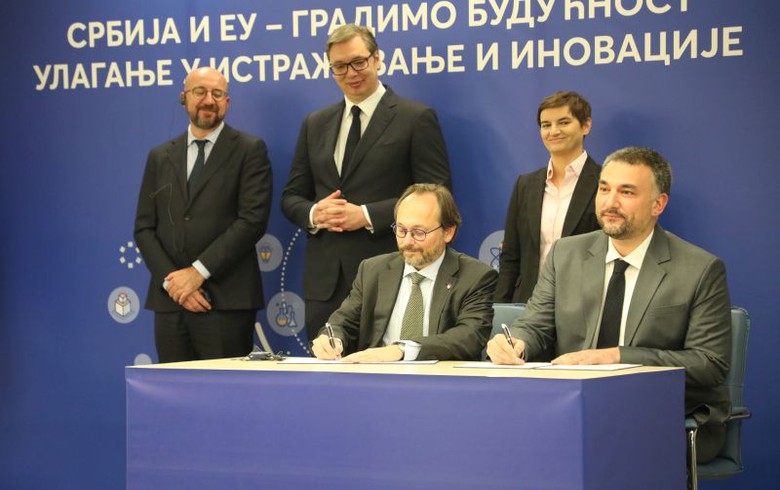 BELGRADE (Serbia), May 20 (SeeNews) - The European Union and the World Bank will back Serbian researchers and the start-up community in the country through a project worth 84.5 million euro ($89.3 million), the government said.

The EU will donate 41 million euro towards the cost of the project, while the World Bank will provide 43 million euro in loans, the cabinet said in a press release on Thursday.

Serbian prime minister Ana Brnabic said the focus of the IT sector is now on the development of artificial intelligence, bioengineering and biomedicine.

"Four campuses will be built in which these technologies will be developed over the next four years," Brnabic said.

Serbian president Aleksandar Vucic noted that the funds will also be used to construct an additional building within the Belgrade Science and Technology Park.

"We are finishing negotiations with the European Bank for Reconstruction and Development on 400 million euro for faculties, science, equipment and the expansion of science and technology parks," Brnabic noted.