EU calls on Bosnia to close down Vucjak refugee shelter 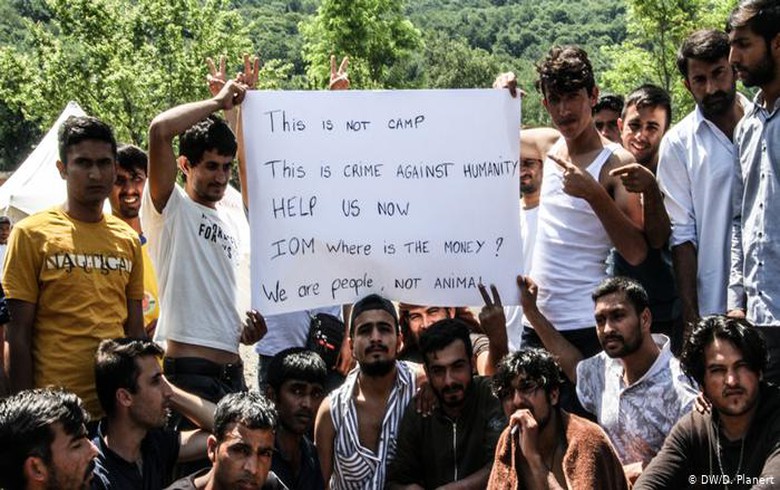 SARAJEVO (Bosnia and Herzegovina), October 18 (SeeNews) - The European Union has urged the authorities in Bosnia to close down the Vucjak refugee shelter, underlining it is "not only unsafe but also an undignified location", the office of the EU delegation to the Balkan country said on Friday.

"We have been clear in our discussions with all the relevant authorities that the Vucjak shelter must be closed," the EU delegation to Bosnia and Herzegovina (BiH) said in a statement.

Earlier this year, the authorities in the northwestern town of Bihac began transferring Asian and Middle Eastern refugees who had found shelter on the streets of Bihac to the Vucjak camp, organised on the site of a former garbage dump, close to the Croatian border.

The EU delegation noted in the statement that the authorities in Bihac and the Una-Sana Canton, where Bihac is located, have been shouldering this problem so far, adding they must not be left alone at this.

"As winter is approaching, BiH authorities must not put in peril human lives. As an immediate priority, existing facilities should be expanded to offer dignified living conditions. Furthermore, suitable alternative facilities need to be identified by the BiH authorities now," the statement said.

It added that the EU has provided 34 million euro ($38 million) to Bosnia since 2018 to help the provision of shelter, food, water, sanitation, clothing, psychosocial assistance and access to education and health in five reception centres.

"The EU will continue to support improving the capacity of Bosnia and Herzegovina’s authorities for coping with the migration challenges but we also expect all the authorities in the country to work together in good faith to find ways for burden sharing," the statement concluded.