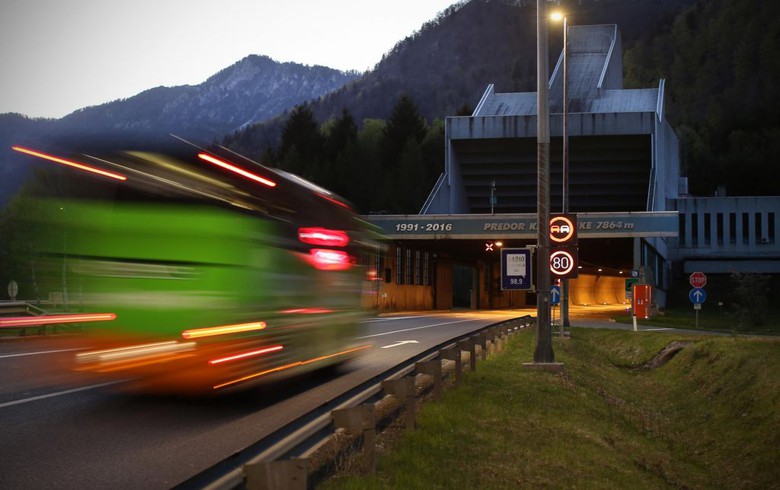 LJUBLJANA (Slovenia), February 13 (SeeNews) – The European Investment Bank (EIB) said on Thursday it is lending 90 million euro ($98.1 million) to Slovenian motorway company DARS to finance the construction of a second pipe of the Karavanke motorway tunnel.

The new 8 km tunnel tube, a key road connection between Slovenia and Austria, will increase safety and reduce queues on the Trans-European Transport Network (TEN-T) corridor between the Baltics, Adriatic and Mediterranean, the EIB said in a press release.

“With EIB support, DARS will expand the tunnel with a new tube and renovate the existing tube to comply with the European Union’s safety regulations for tunnels along the TEN-T corridor,” the EU lending arm added.

A separate 95 million euro loan from the EIB will provide financing to Austrian motorway operator ASFINAG to connect the existing highway in the country to the new tunnel tube, the lender noted.

The construction of the eastern tube of the Karavanke tunnel will eliminate the bottleneck in road traffic between Slovenia and Austria, chief executive officer of DARS, Tomaz Vidic, said. “It will significantly improve traffic flow and the safety of this cross-border tunnel, which is also the longest road tunnel in Slovenia. The project is also significant for the development of the comprehensive European road network, and improvement of the direct connection of two corridors of the TEN-T core network.”

On January 30, DARS said it signed a deal with Turkey's Cengiz for the construction Karavanke tunnel - a project estimated to cost 120 million euro, VAT included. Under the terms of the contract, Cengiz should submit by February 27 a bank guarantee ensuring the proper execution of its contractual obligations, DARS said at the time.