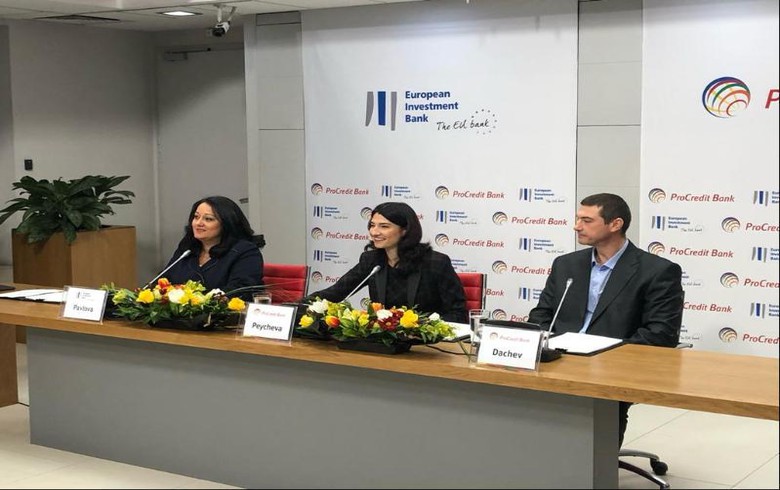 A significant part of the intermediated loans, 40%, is dedicated to projects with a climate action component - in the fields of renewable energy, energy efficiency, low carbon transport and waste management, the EIB said in a statement.

The loan is intended for Bulgarian companies with fewer than 3,000 employees, which will benefit from better access to long-term financing provided at favourable terms.

"The EIB, in cooperation with our well-established partner ProCredit Bank, will sustain employment in Bulgaria, strengthen the competitiveness of the private sector and support the fight against climate change. Our joint efforts will stimulate sustainable growth and investments in Bulgaria, fostering economic convergence, increasing the number of qualified jobs and ultimately improving the living conditions of European citizens,” EIB vice-president Lilyana Pavlova said in the statement.

The executive director of ProCredit Bank Bulgaria, Reni Peycheva, commented: "By doing this we have accumulated in-house expertise and experience, and have positioned ourselves as the bank of choice for green loans – among both businesses and providers of funds."

The loan is the third operation with ProCredit in Bulgaria. The EIB has already provided two intermediated loans to the bank, thereby helping to finance small and mid-sized businesses in Bulgaria, it said.