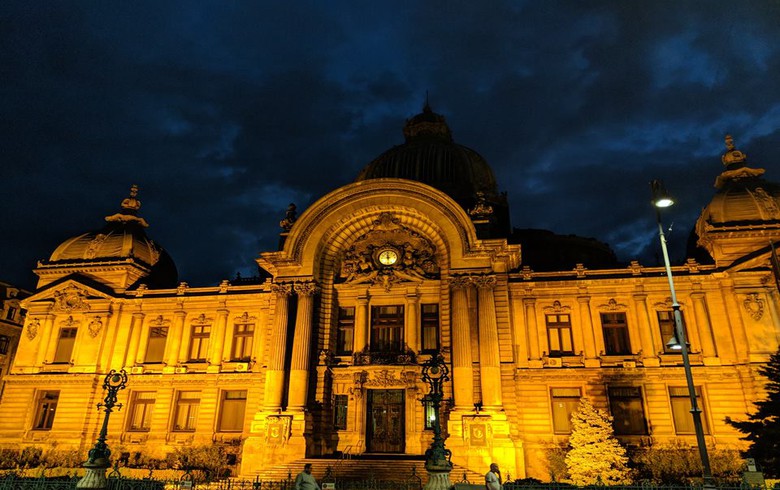 BUCHAREST (Romania), October 29 (SeeNews) - The European Commission said on Tuesday it has approved a plan by Romania to recapitalise state-owned savings bank CEC Bank with 200 million euro ($221.8 million), after establishing that the move does not represent a breach of EU rules concerning state aid.

"The European Commission has found Romania's plans to inject 200 million euro of capital in fully state-owned CEC Bank to be free of any state aid. The Commission found that the recapitalisation will be carried out on market terms and therefore involves no State aid in favour of the bank within the meaning of EU rules," the Commission said in a press release.

"The EU Treaty is neutral when it comes to public versus private ownership. We found that the Romanian government, as the sole owner of CEC Bank, would carry out a capital injection in the bank at the same conditions that a private market operator would accept.We therefore concluded that the recapitalisation of the bank did not involve State aid within the meaning of our rules," Commissioner Margrethe Vestager, in charge of competition policy, said.

In October 2019, Romania notified to the Commission its intention to recapitalise CEC Bank in order to enhance the bank's lending capacity in particular taking into account of the domestic market's potential and to launch a substantial upgrade of the bank's information technology systems. Romania submitted a business plan for the bank covering the period 2019-2023 to the Commission.

The Commission's assessment of the business plan submitted by Romania showed that the capital injection in the bank would yield a return on investment to the Romanian state, as the bank's sole shareholder in line with market conditions. The business plan notably foresees an increase in the bank's lending and deposit market share, improved efficiency and robust capital levels, the EC said.

On this basis, the Commission concluded that the recapitalisation would be carried out at conditions that a private investor would accept and that the measure did therefore not involve any state aid in favour of CEC Bank within the meaning of EU rules.

Earlier this month, Romania's finance ministry decided to appoint Bogdan Constantin Neacsu as the new general manager and chairman of CEC Bank's the board of directors.

Neacsu took over as interim general manager in August, when Laurentiu Mitrache resigned for personal reasons.

CEC was founded in 1864 as Casa de Economii si Consemnatiuni (Deposits and Consignments House). It was reorganised in 1996 as a joint stock company with the finance ministry as its sole shareholder and was re-branded as CEC Bank in 2008. It is currently the seventh largest bank in Romania.