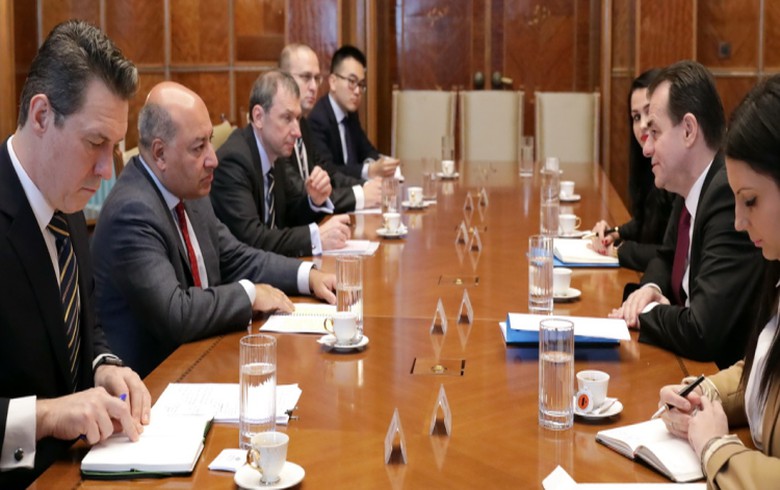 BUCHAREST (Romania), January 14 (SeeNews) - The European Bank for Reconstruction and Development (EBRD) is pledging support for Romania’s efforts to pursue reforms that unlock investment to the country, the president of the bank, Suma Chakrabarti, said on Tuesday.

"Romania needs to step up public investments that boost human and physical capital – public services, roads, railways, health and education – while making the most of EU structural funds and the country’s dynamic private sector," Chakrabarti said in a statement, following meetings with the country’s new prime minister, Ludovic Orban, and members of his government.

He added that the EBRD stands ready to provide extensive investment, expertise and relentless support for progress in order to help the country achieve its full potential.

"Discussions focused on the investment climate, sustainable infrastructure investment, and corporate finance, both for expansion of local companies and in support of increased foreign investment," the EBRD said.

The EBRD president welcomed the agenda of the new administration in Bucharest and the recent reversal of a series of taxes on the banking, energy and telecommunications sectors, the bank said. He urged the authorities to foster the anti-corruption drive without freezing decision-making and implementation processes and also called for improved governance of state-owned companies, making them more efficient and profitable, paving the way to further listings and boosting the local capital markets.

The EBRD is a leading institutional investor in Romania and to date has invested over 8.6 billion euro ($9.6 billion) in the country. In 2019 alone, it committed 372 million euro in 22 investment projects across various sectors of the Romanian economy.

The Orban cabinet was voted into office in early November after the Social-Democrat government led by Viorica Dancila lost a vote of no-confidence in parliament requested by National Liberal Party led by Orban.

Orban said last week that together with president Klaus Iohannis he will aim to trigger an early general election by the middle of this year.