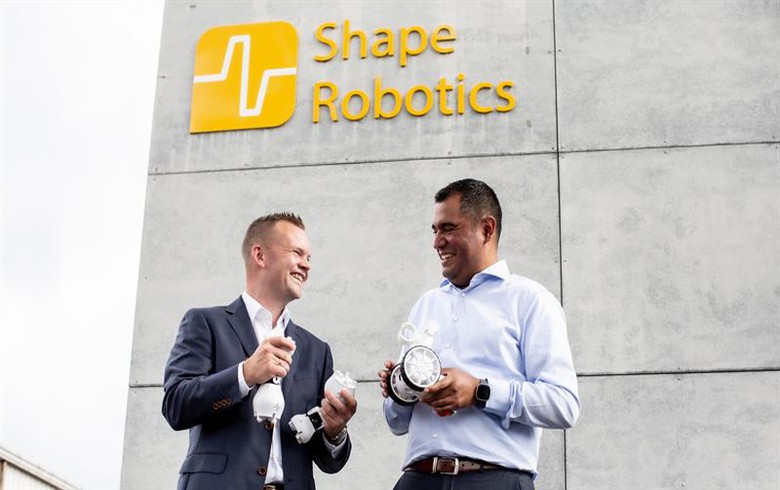 BUCHAREST (Romania), September 23 (SeeNews) - Denmark's Shape Robotics said that it has received a 7 million Danish crowns ($918,250/941,300 euro) one-off order for its smart classroom solutions from a partner in Romania.

The order will be delivered in September partially from both local subsidiaries Shape Robotics Romania and Video Technic Systems, the company said in a press release on Thursday, without disclosing the name of its local partner.

"We see the order as strategically important, not only does it constitute a large one-off order, but also shows the potential when our companies within the group work closely together, to meet the market's needs, thus complementing each other within R&D, AV solutions and educational technology," Shape Robotics CEO Andre Fern said.

Shape Robotics' interest in the Romanian market comes as the country plans to invest approximately 2 billion euro ($1.95 billion) in digitisation of education over the next four years, using EU funds from the Recovery and Resilience Plan (RRP). Furthermore, the company is exploring opportunities in other EU countries with the same focus in their national RRP’s such as Italy, Bulgaria, Greece and Poland. The company also said it has a strong focus on new EU candidates Moldova and Ukraine.

Shape Robotics already has a major agreement with several schools in Romania for the supply of the same types of products. In 2022 alone, the company will supply equipment to 100 SmartLabs in Romanian schools under a 60 million crowns deal. In November, the Danish company announced that it expects to deliver up to 1,175 SmartLabs in Romania under a project worth 420 million crowns which has been included in the EU-funded RRP.

Shape Robotics has developed Fable, a modular robotic system that helps students to build and program their own robots.